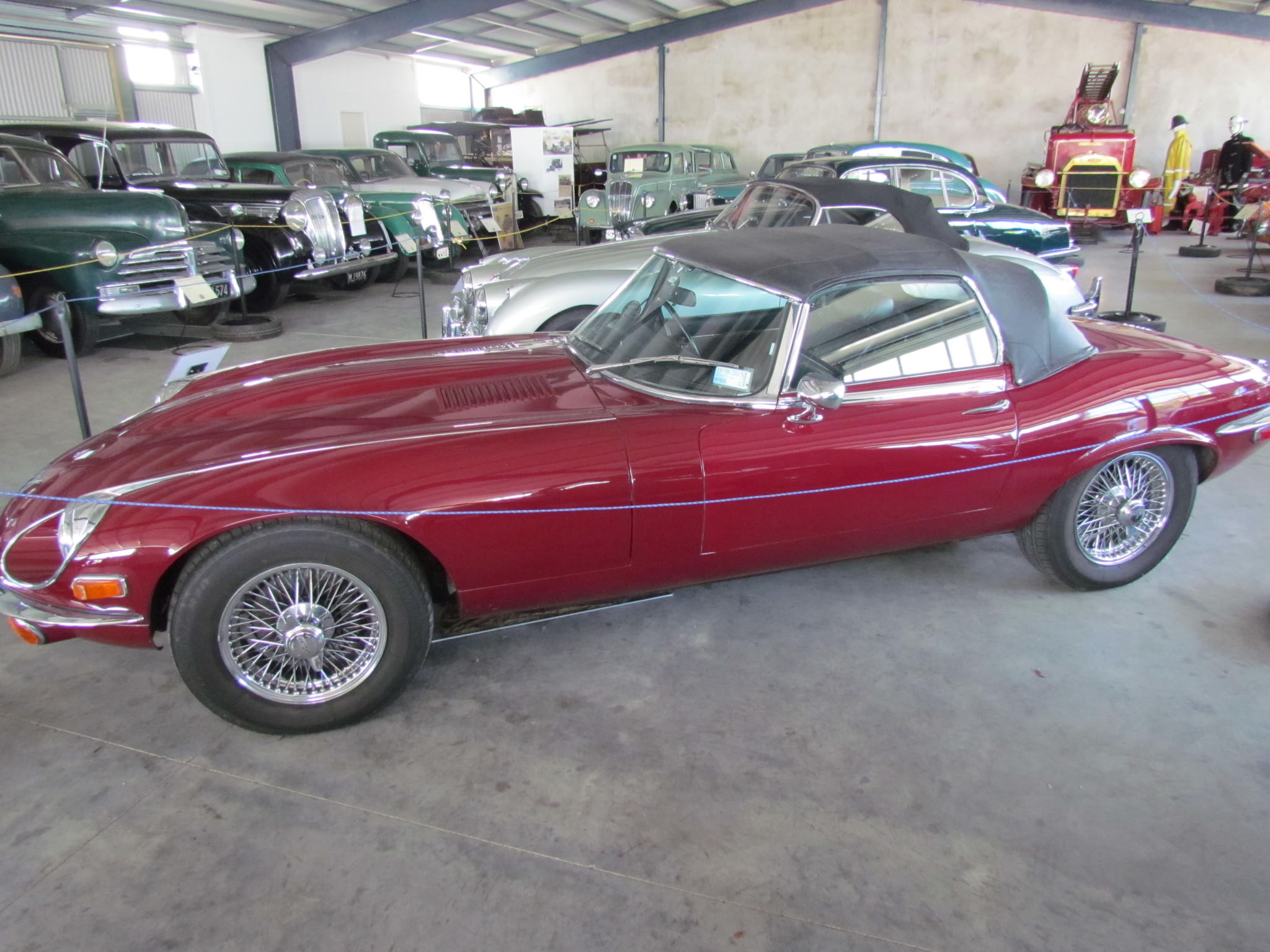 On our driving holiday of New Zealand back in 2014, we stumbled across a Car Museum in a little town called Geraldine.

The Geraldine Motor Museum didn’t look like too much from the outside, but we had a couple of hours to spare, and the entry fee was very reasonable….so.. in we go! 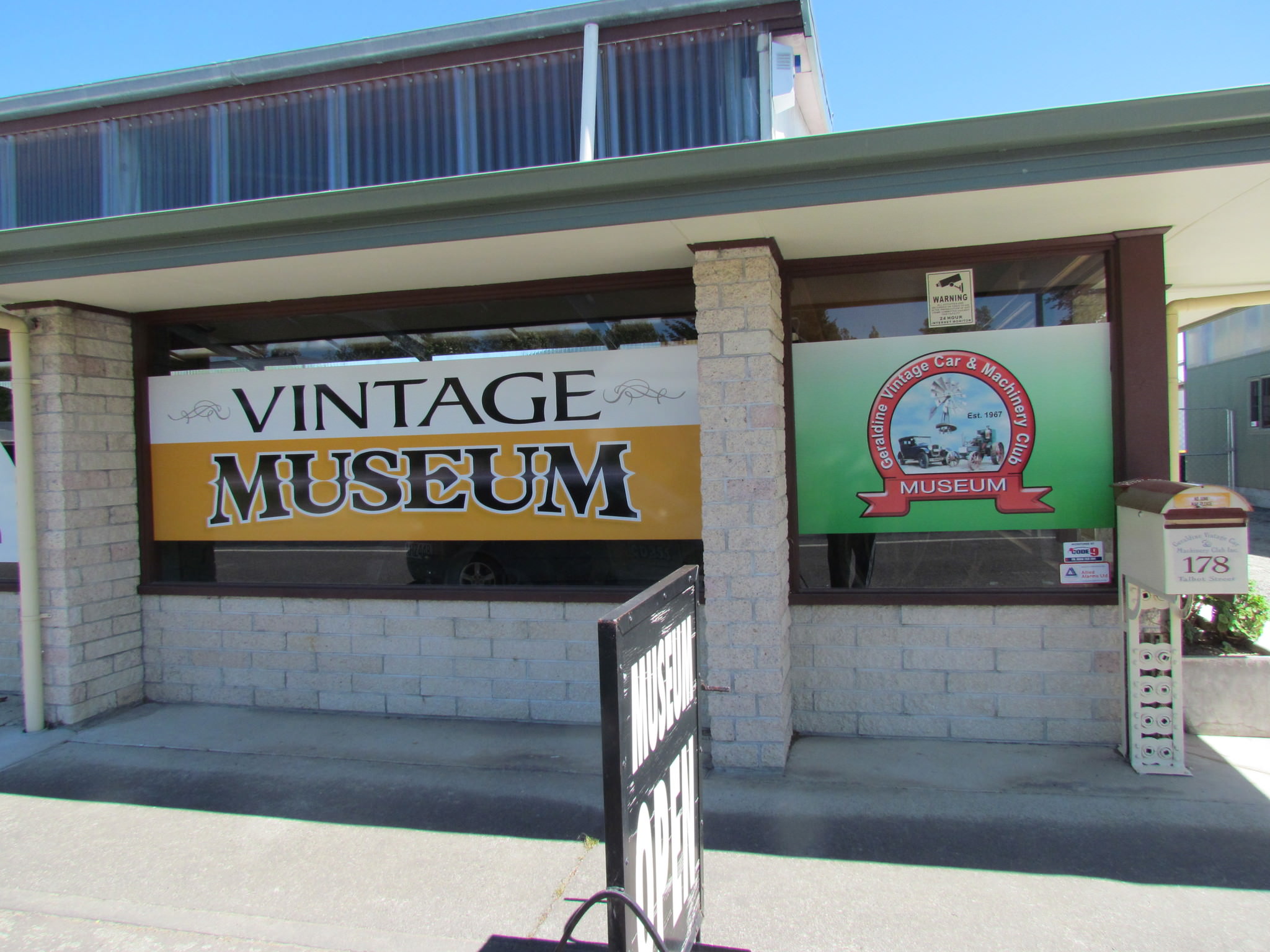 A bit of a chat with the lovely chap on the door (everyone in New Zealand was VERY nice to us!) and it turns out that the museum belongs to the local Car Club, and the members own all the vehicles. What a great idea, somewhere to store your cars AND have them on display for people to look at.

First impressions : The museum is crowded, and definitely built and run on a budget. But there are some nice old cars here, and there are no pretensions or salesmanship at all. This 1912 Overland looks very nice in Yellow. 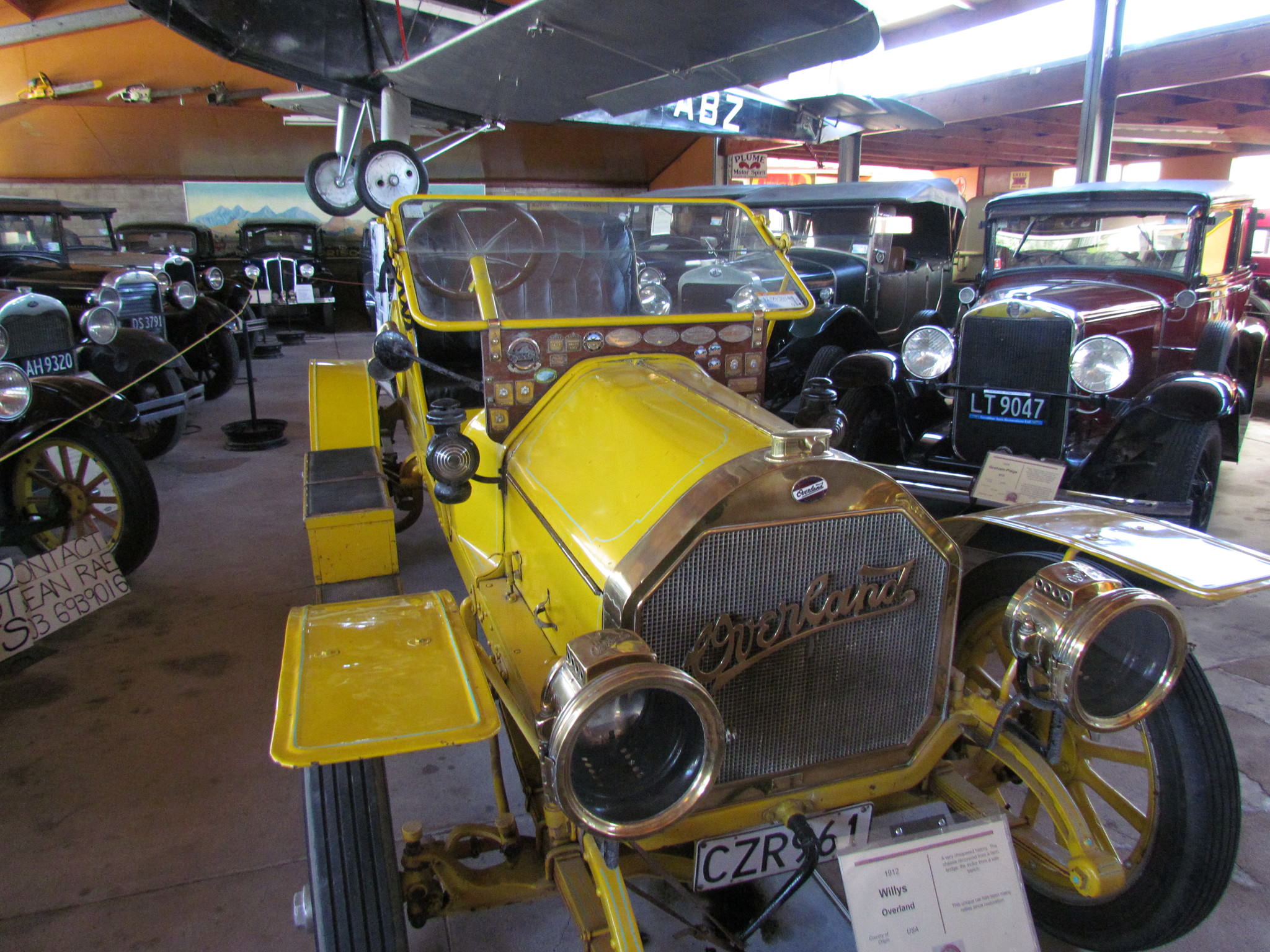 This 1910 Bianchi must have have been quite the thing when it was new. Lot’s of Horse Carriage influence here still. 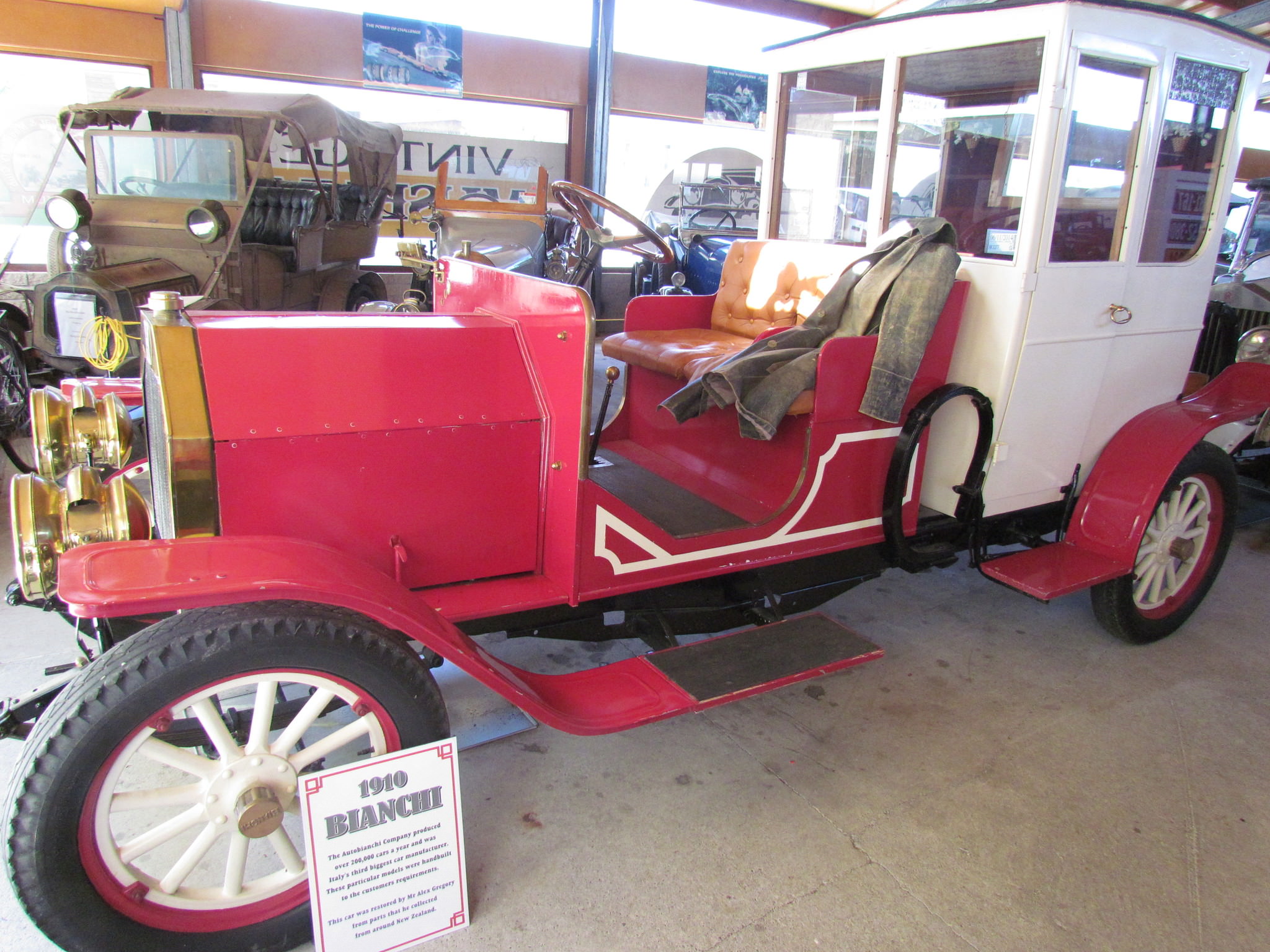 And look at the lovely polished chest on the back! And the gold-plated door handles. I bet this cost a small fortune back in 1910. 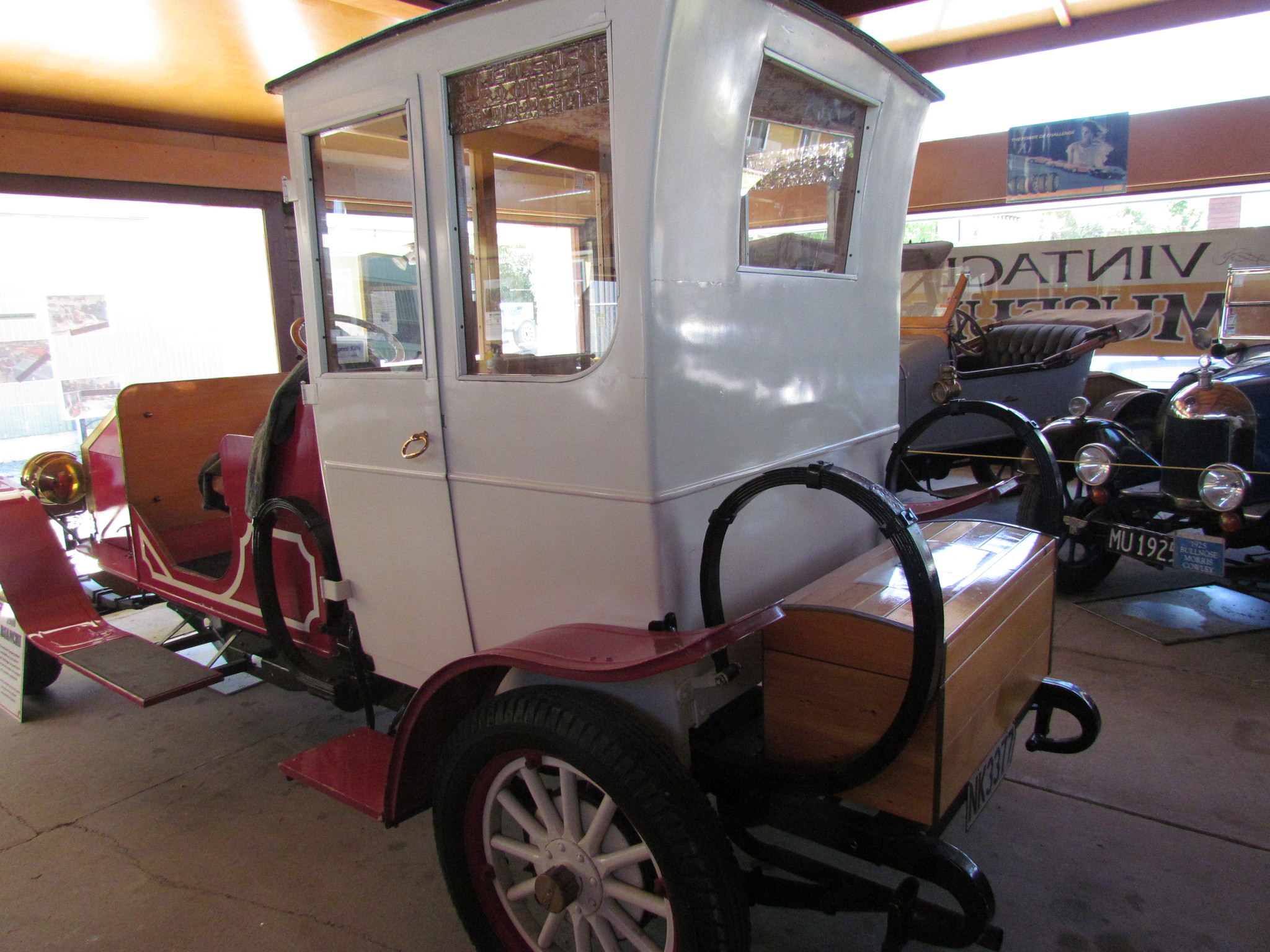 This Rolls-Royce really took my fancy, to the point I tried to buy it. Sadly, the owner wouldn’t part with it – he’d only just bought it a few months earlier. What a beautiful machine! 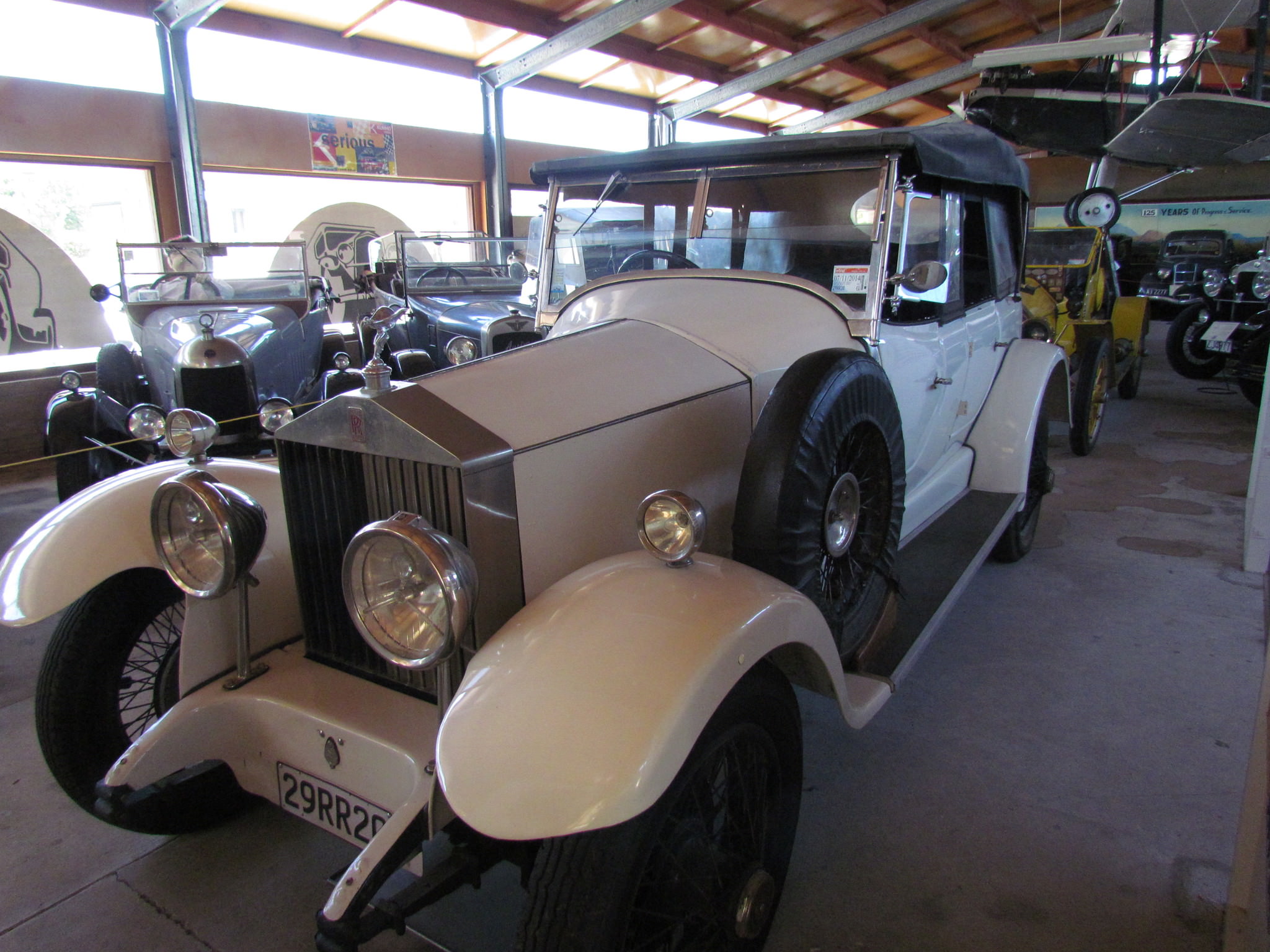 Typical of many of the cars here, this 1907 De Dion Bouton was in original unrestored condition. I find it so easy to look at a piece of history like this and imagine what it must have been like when it was new, and simply amazing to everyone. 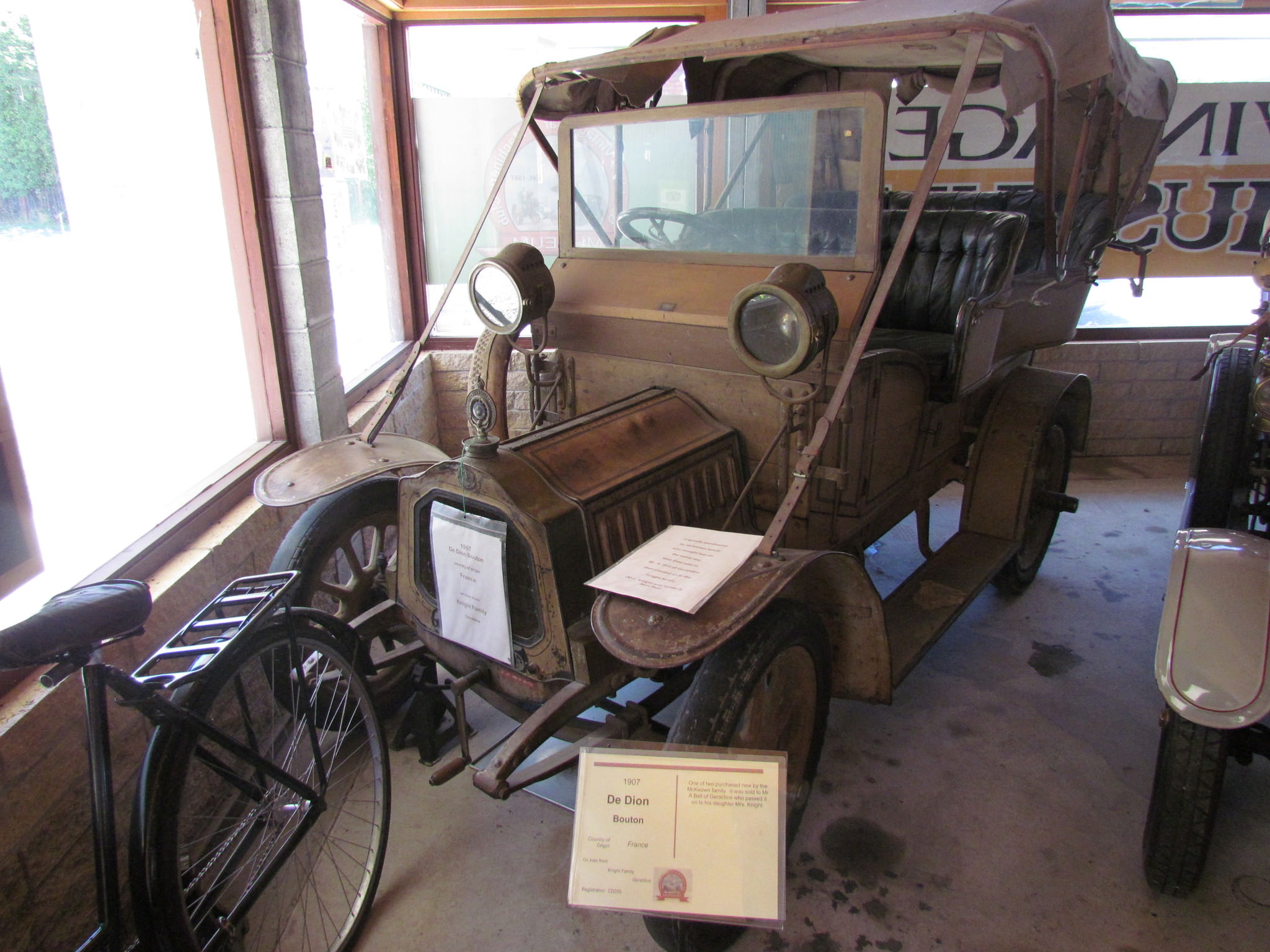 New Zealand was always closely tied to England and this is reflected in their motoring heritage, like this Humber Bicycle. Humber went on to make some really beautiful cars. Check out the Headlight, which I assume was gas-powered. 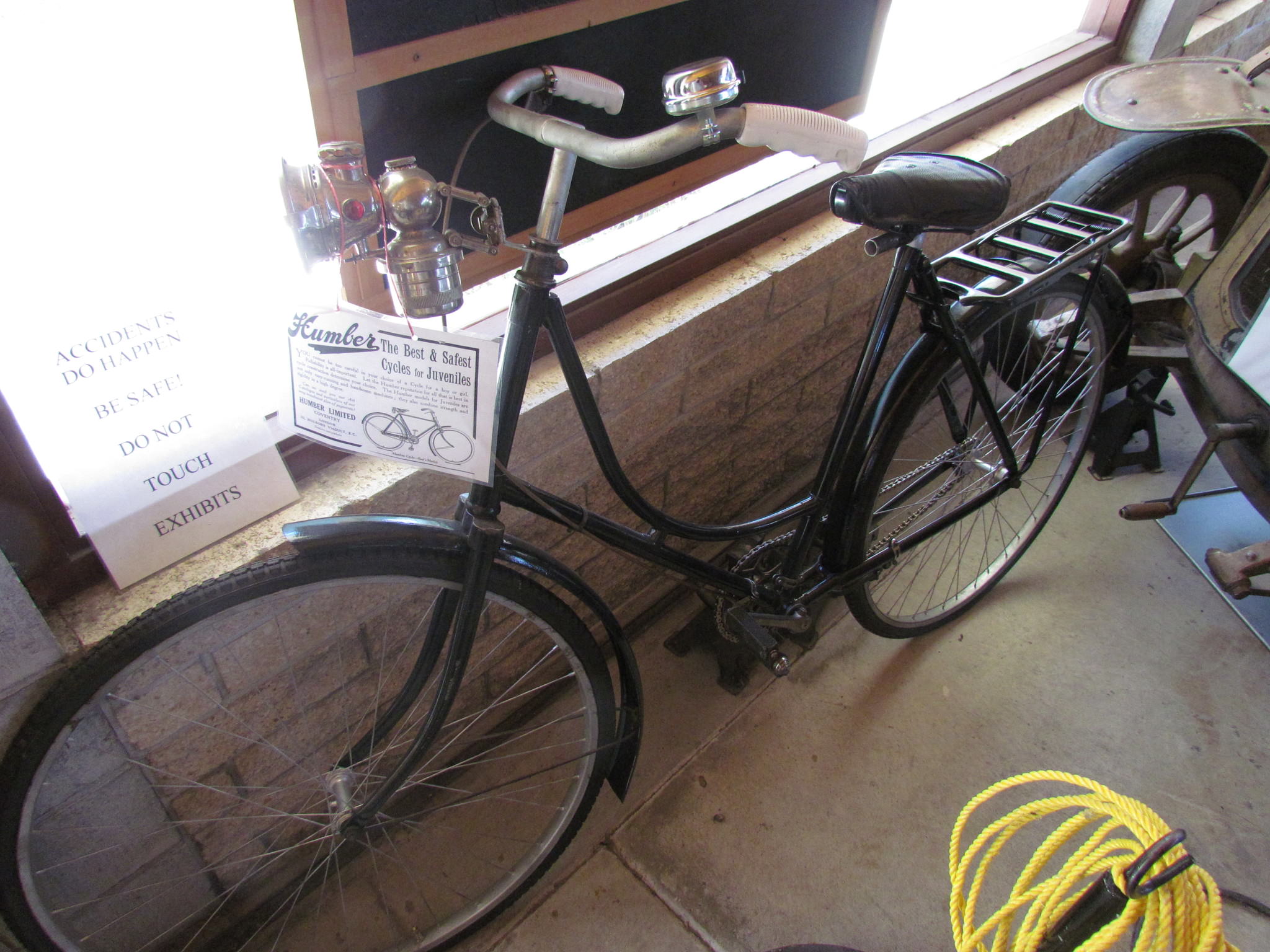 This 1913 Morris Oxford had been beautifully restored to running condition. It is an extremely early example, being the 322nd car built by Morris. 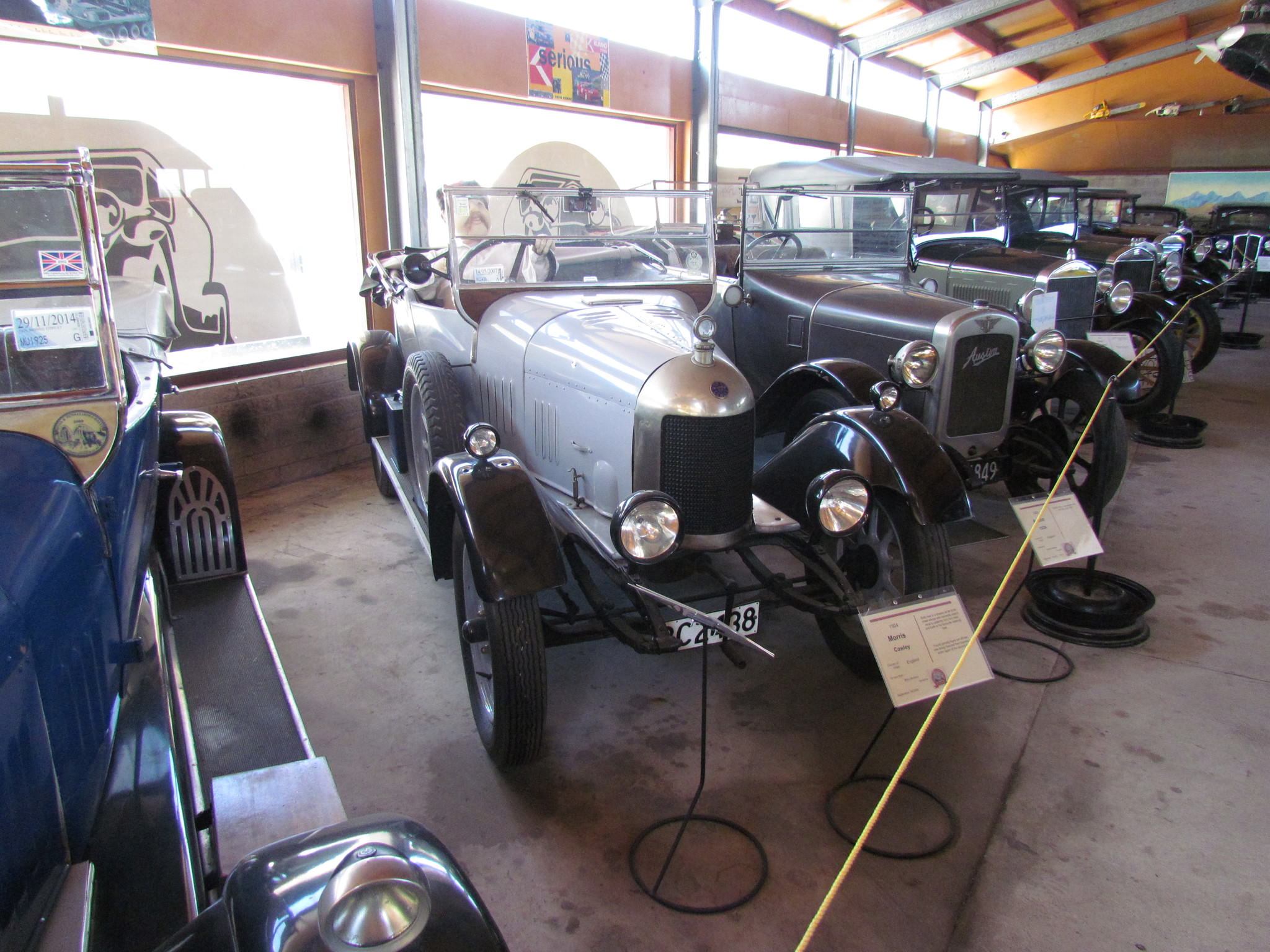 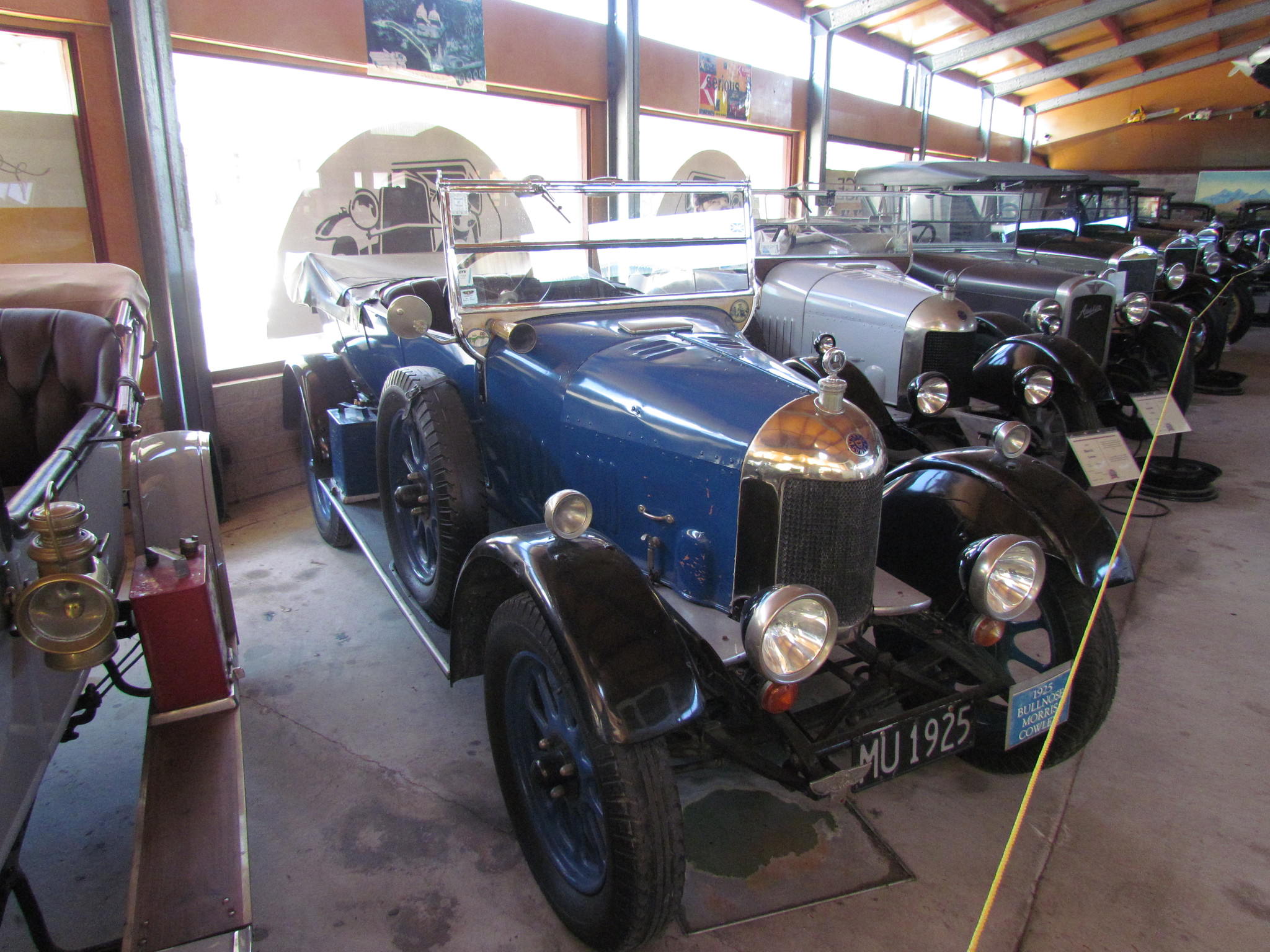 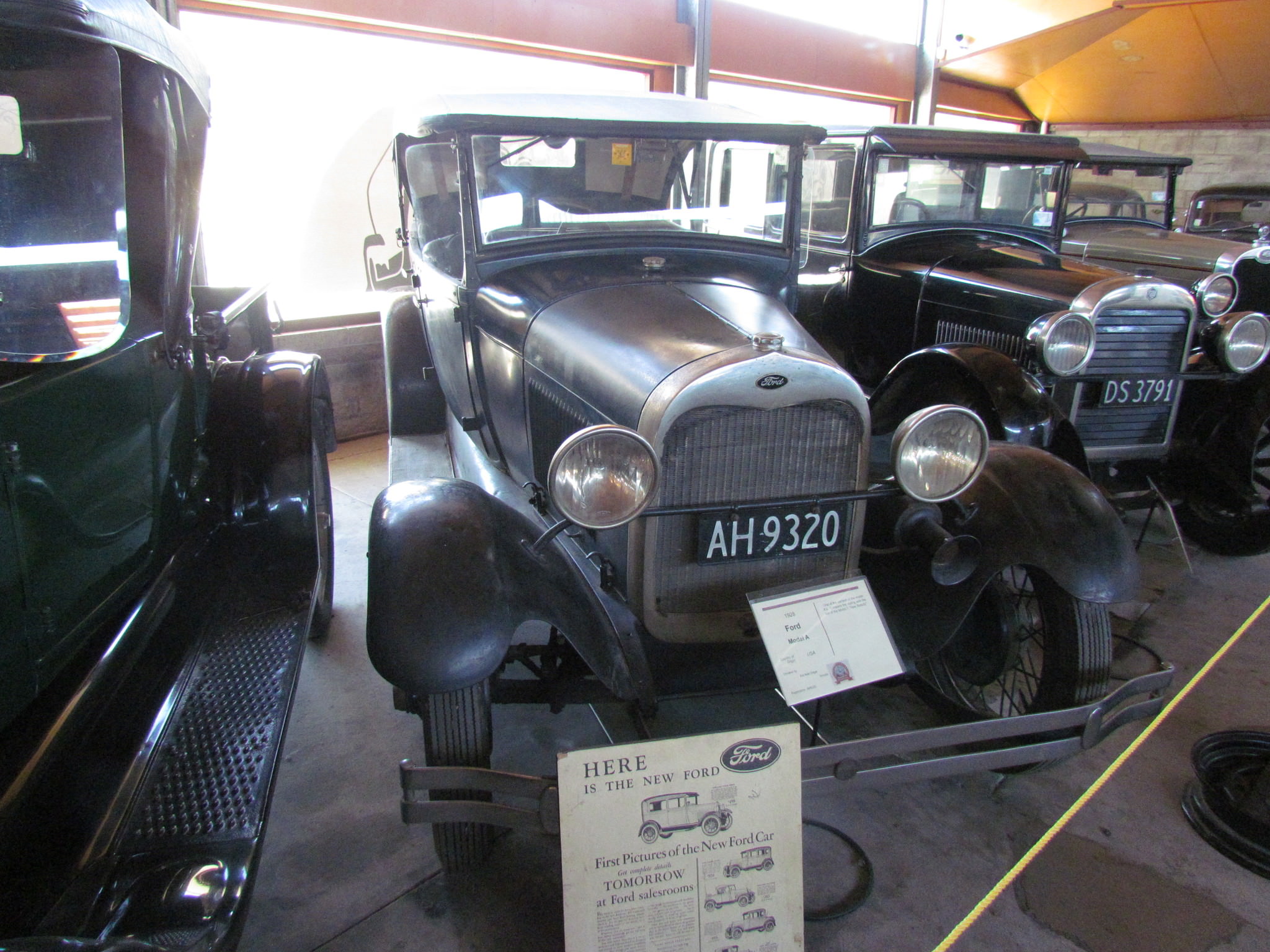 There is LOADS of other stuff here too, like this bi-plane. Have a search for the plane rego : ZK-ABZ – rather interesting history (a bit morbid maybe). It’s a 1929 Simmons Spartan, believed to be the only one left IN THE WORLD. 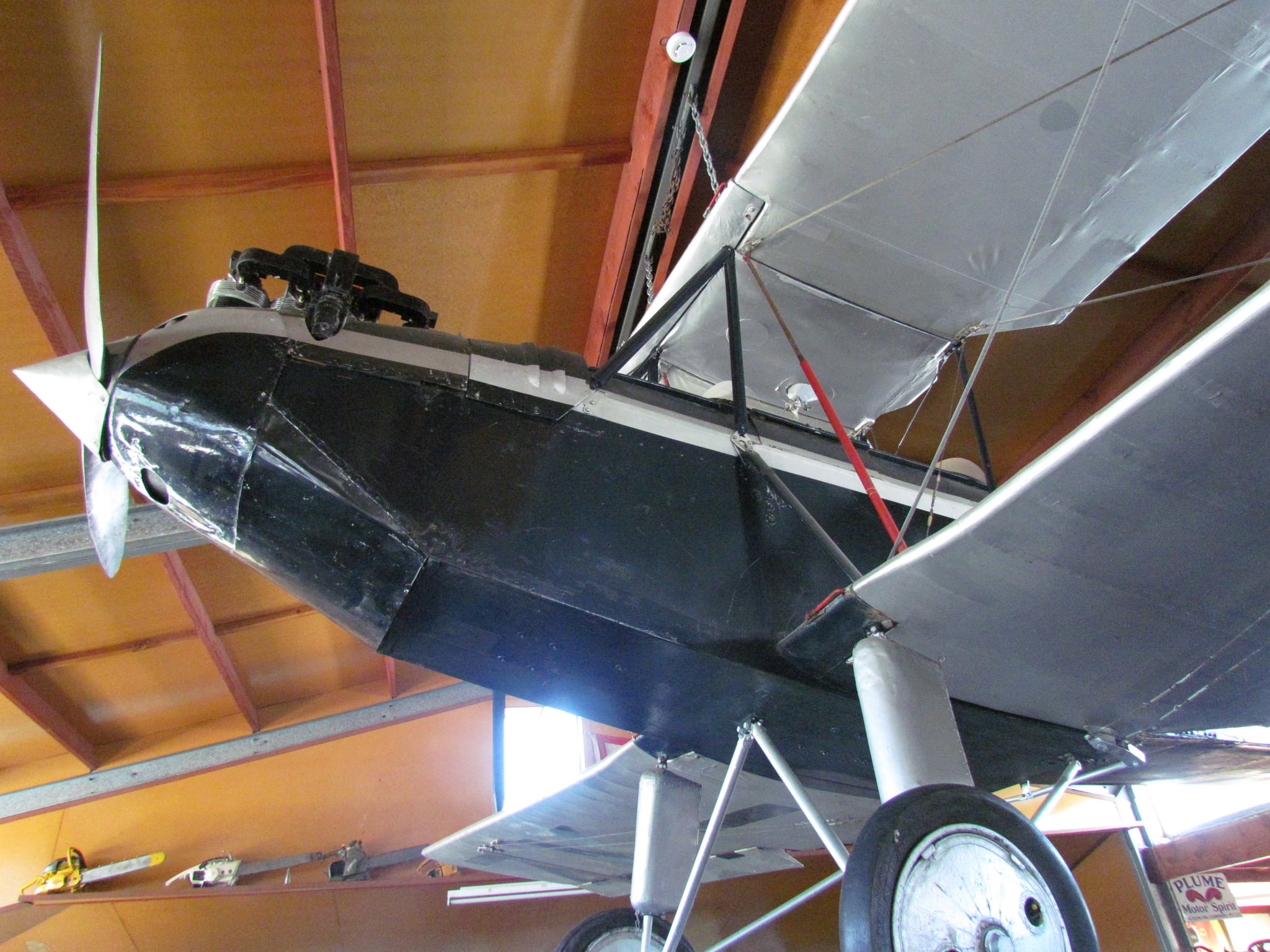 We have vintage Racecars too! This is a 1929 Triumph Gloria, much modified, evidently. 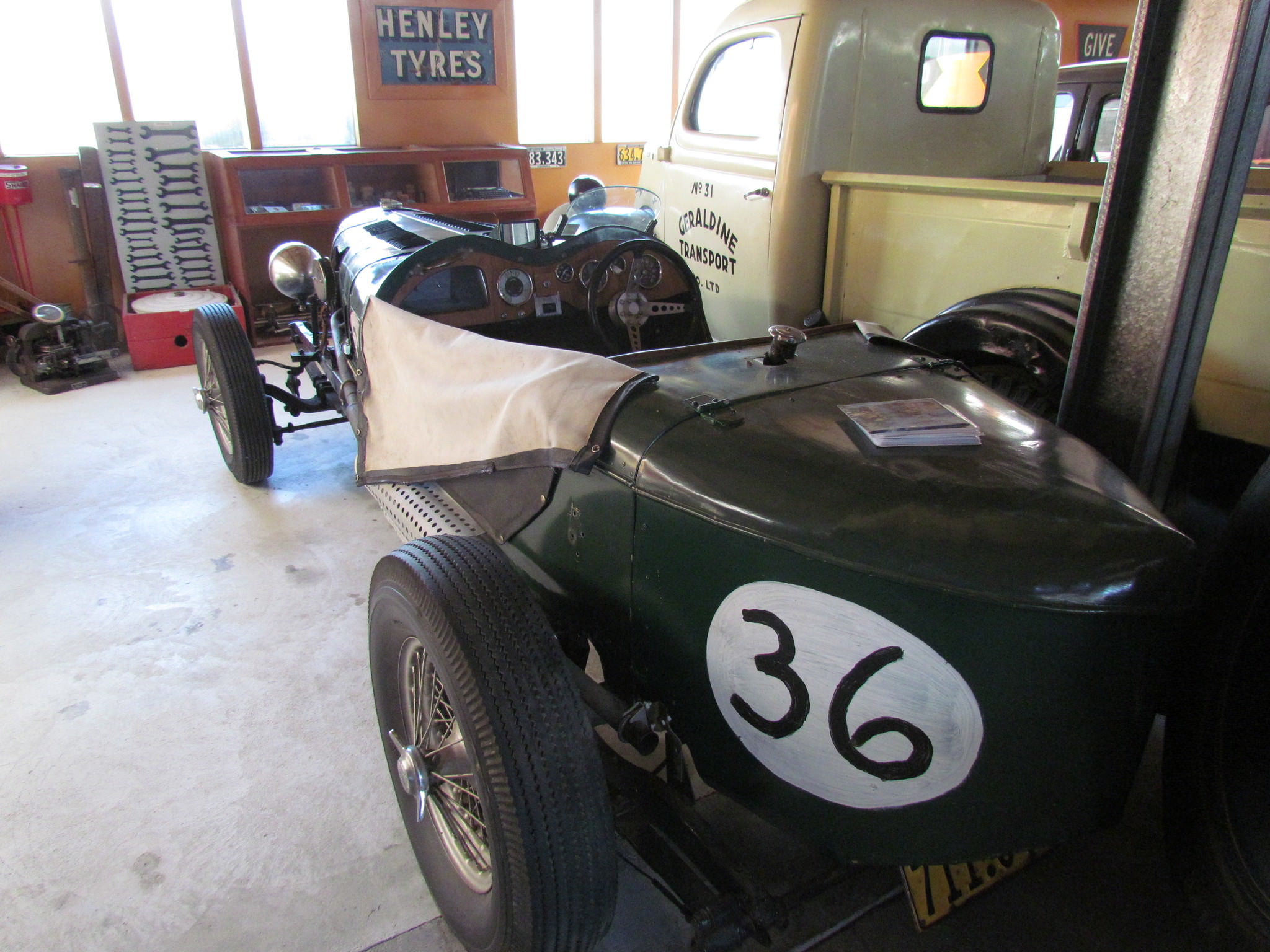 Plenty of old Trucks here too, many of them having been in Geraldine since they were new, and boasting lots of history. If only they could talk! 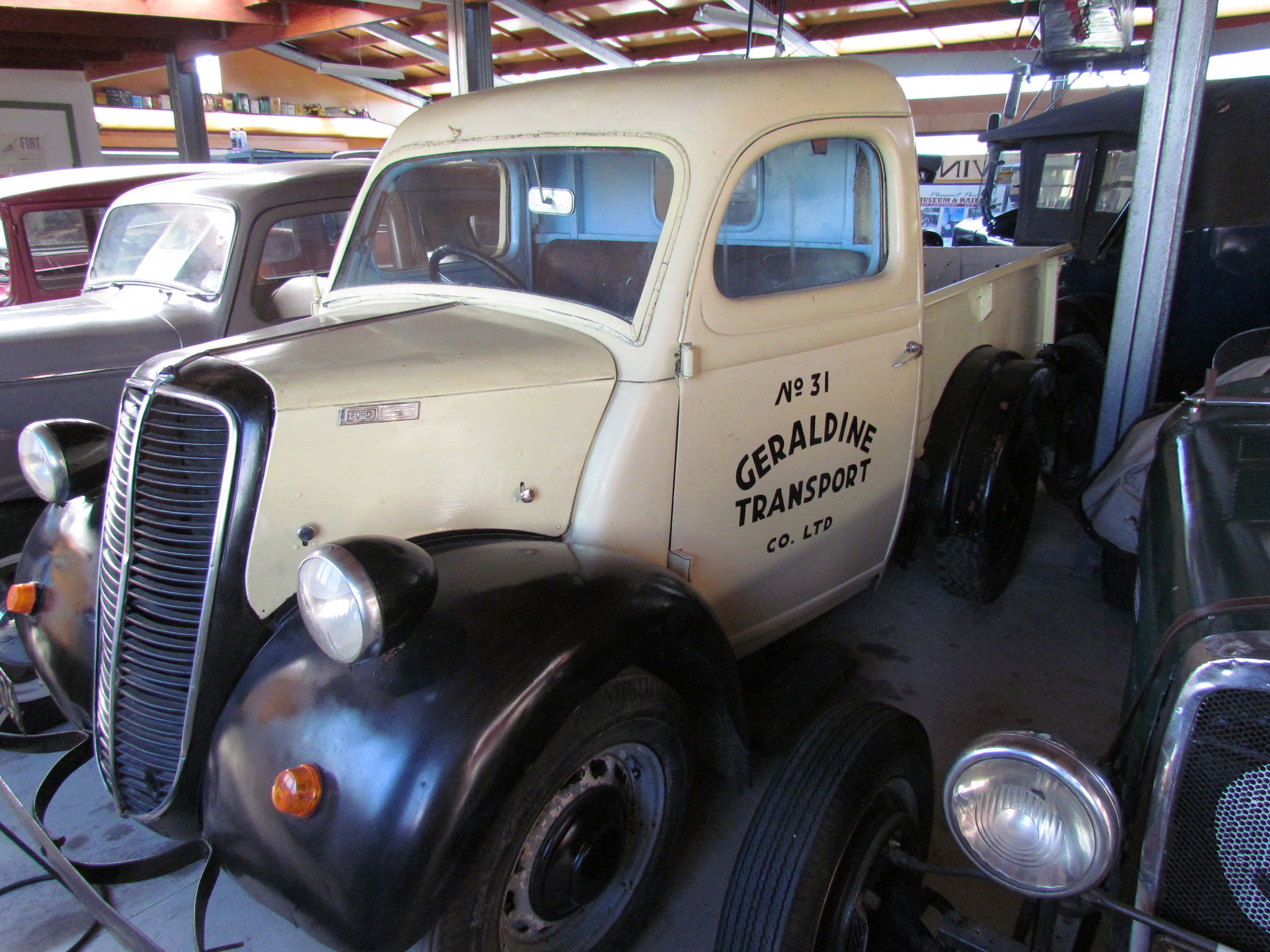 Gee, this 1921 Delage is very nice! I really have to get something like this in my garage again. 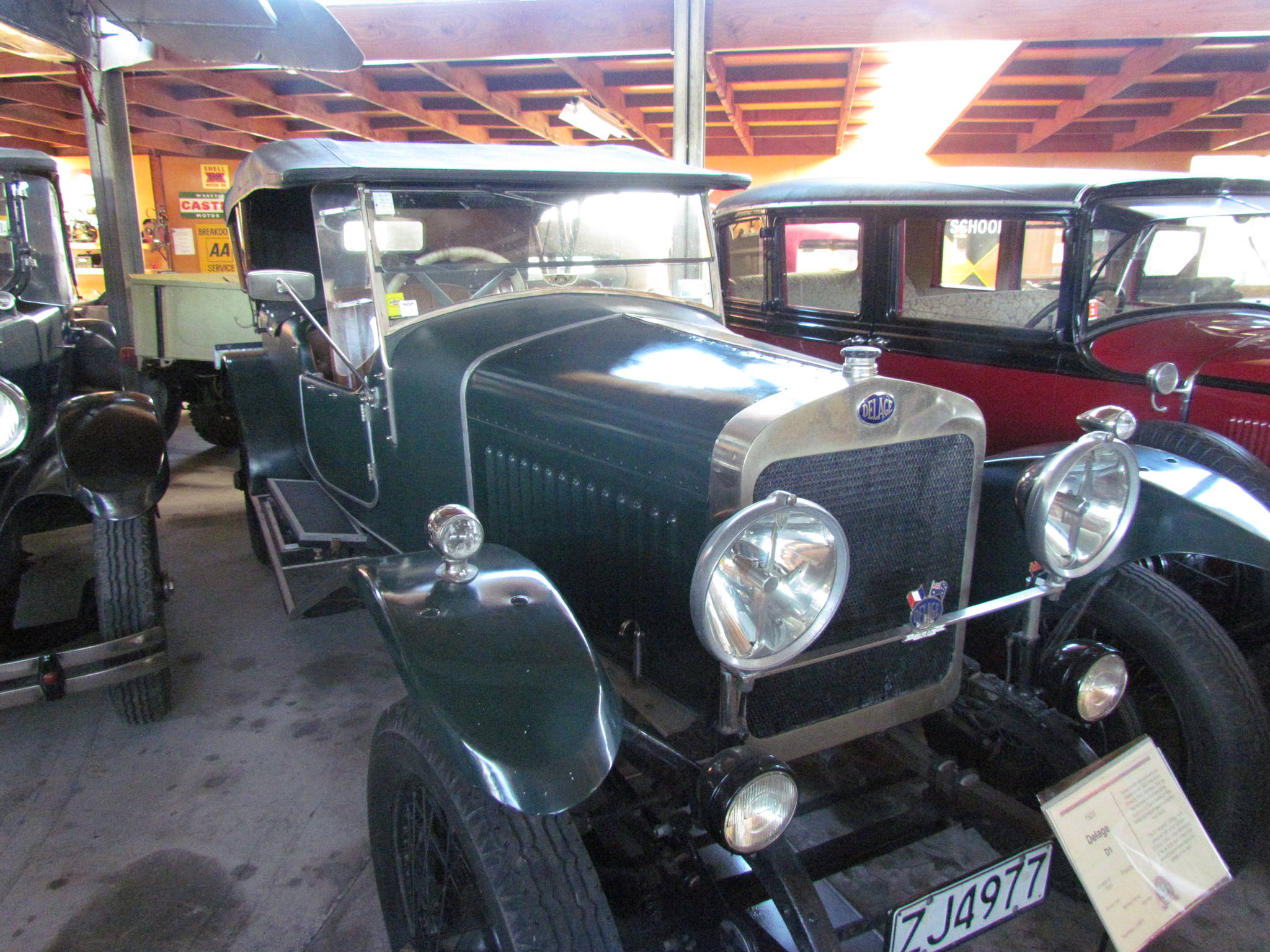 Dozens of lovely die-cast models around the place too. These are VERY collectible these days. 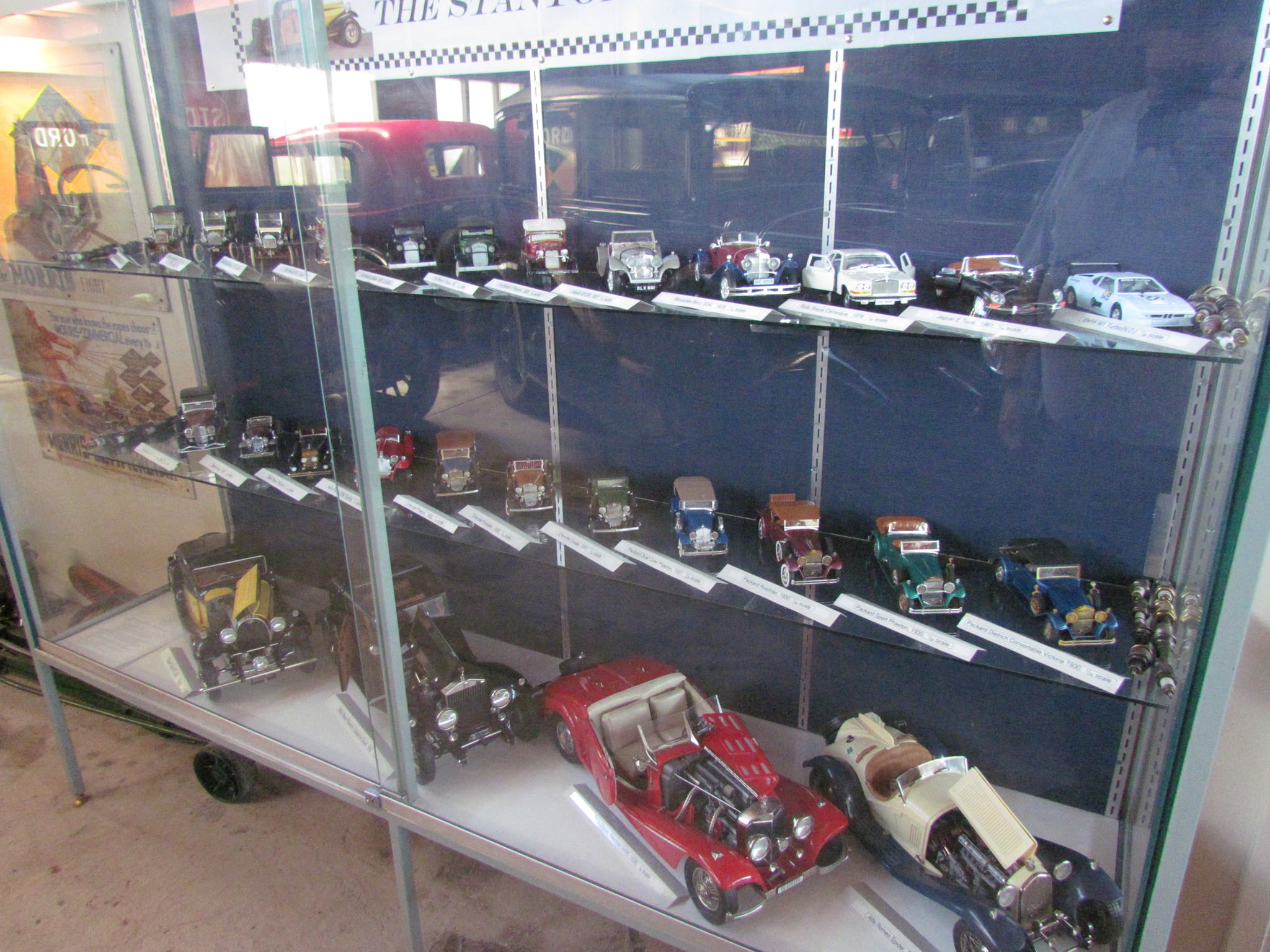 There are quite a few sheds here. The next one I wandered into was full of Tractors, most of them restored, and looking ready to get back to work at a moments notice! 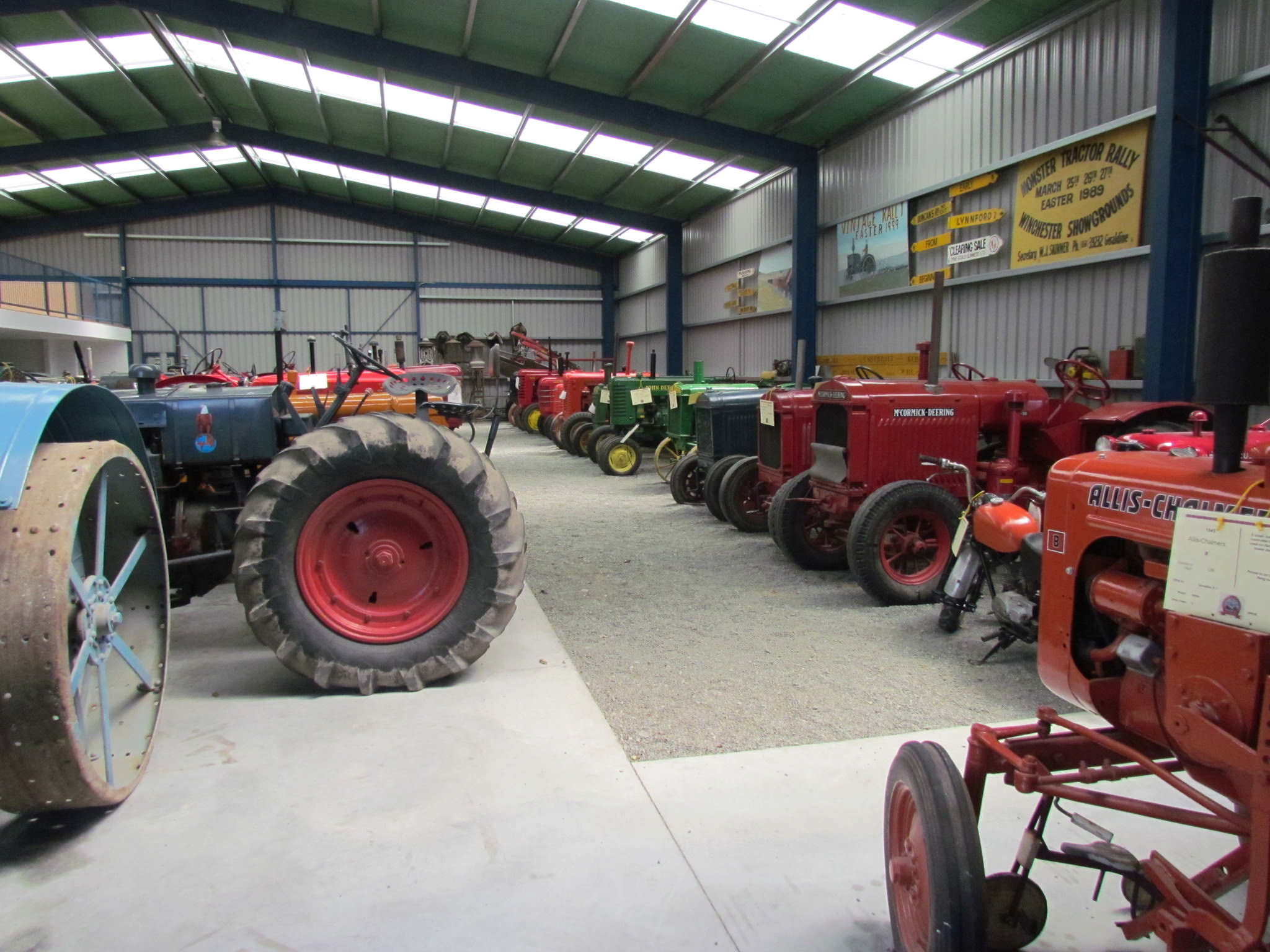 Next shed – lots of Motorcycles, including some VERY quirky stuff that was certainly new to me. I love the Hearse at the left of this picture! 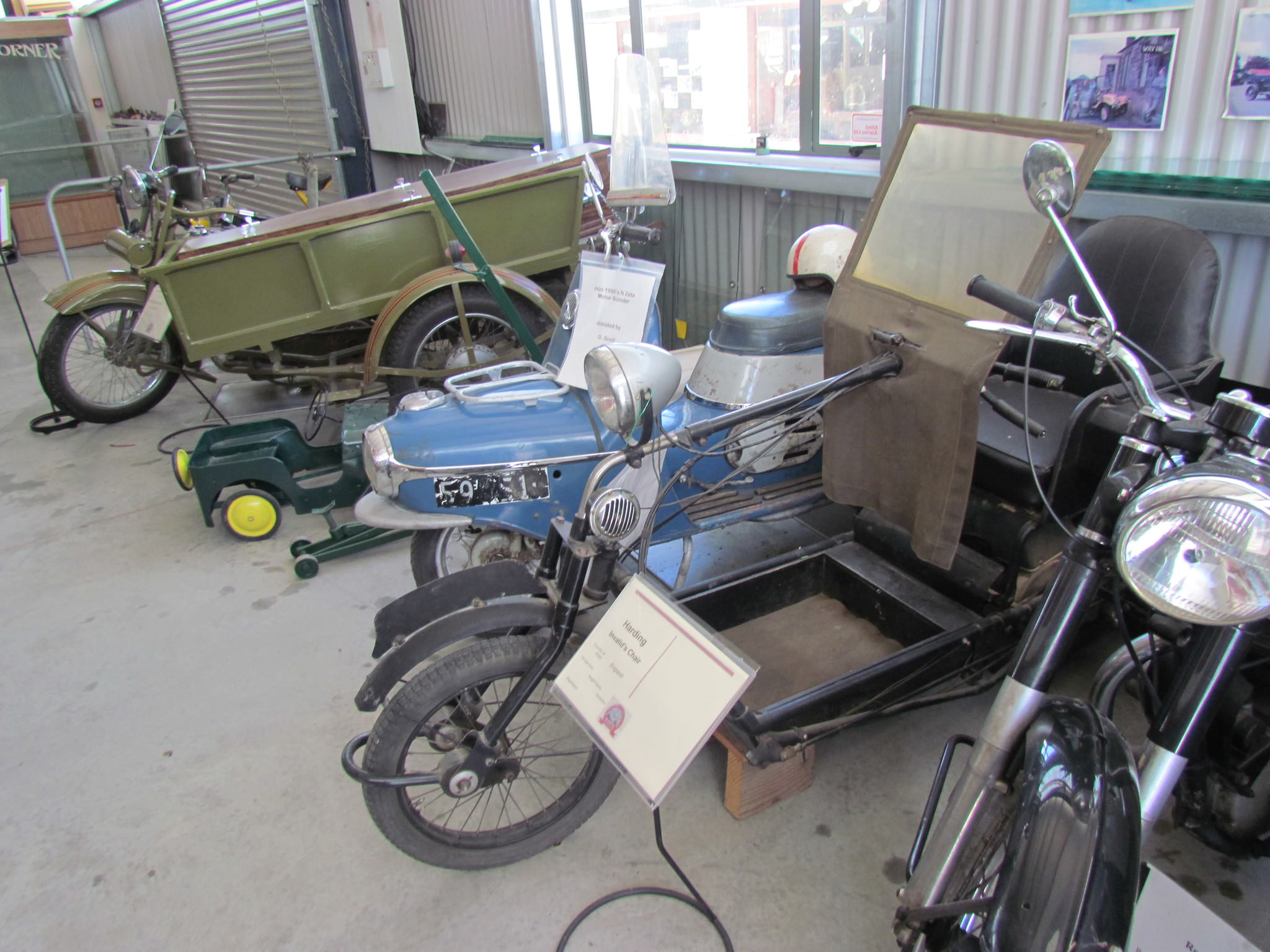 Motorhome anyone? This Gypsy Wagon was built in 1929, and based on an International chassis. How cool is this? 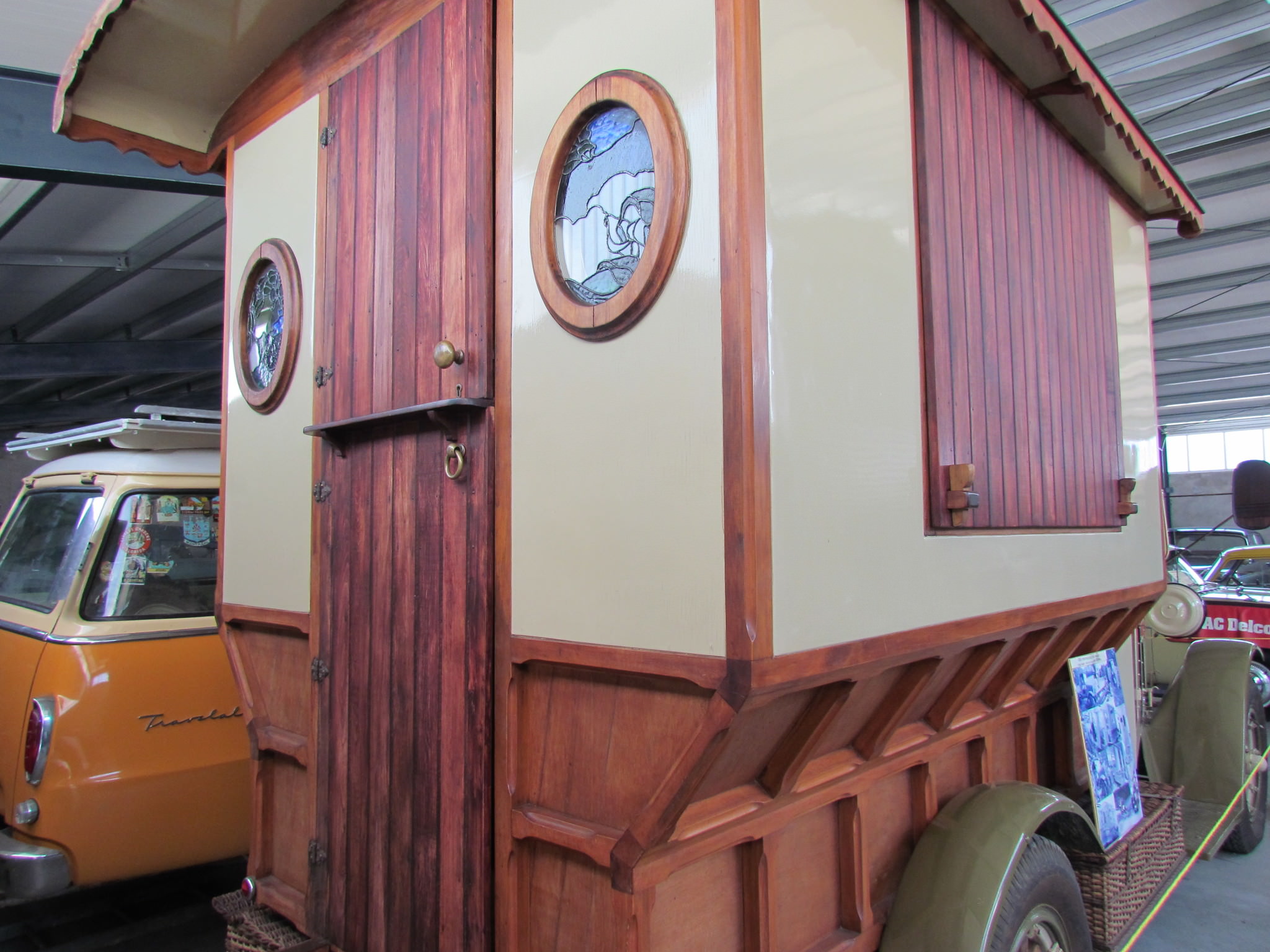 And a couple of very original looking Model T Fords. Driven here straight from the farm, I suspect 🙂 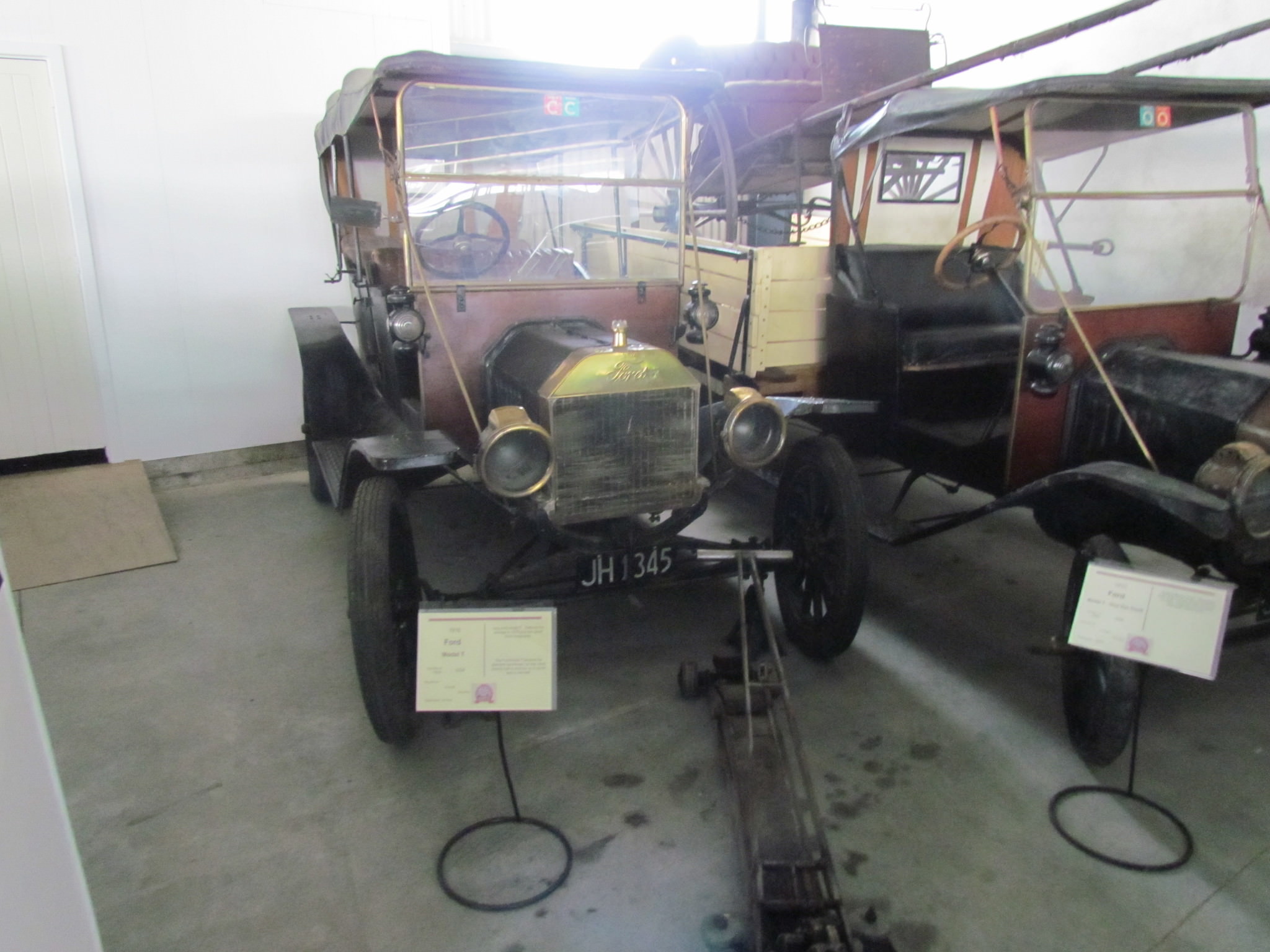 Getting to the newer stuff now, like this 1950 Daimler, which boasted a straight eight cylinder engine and was used by Royalty on a visit to New Zealand. 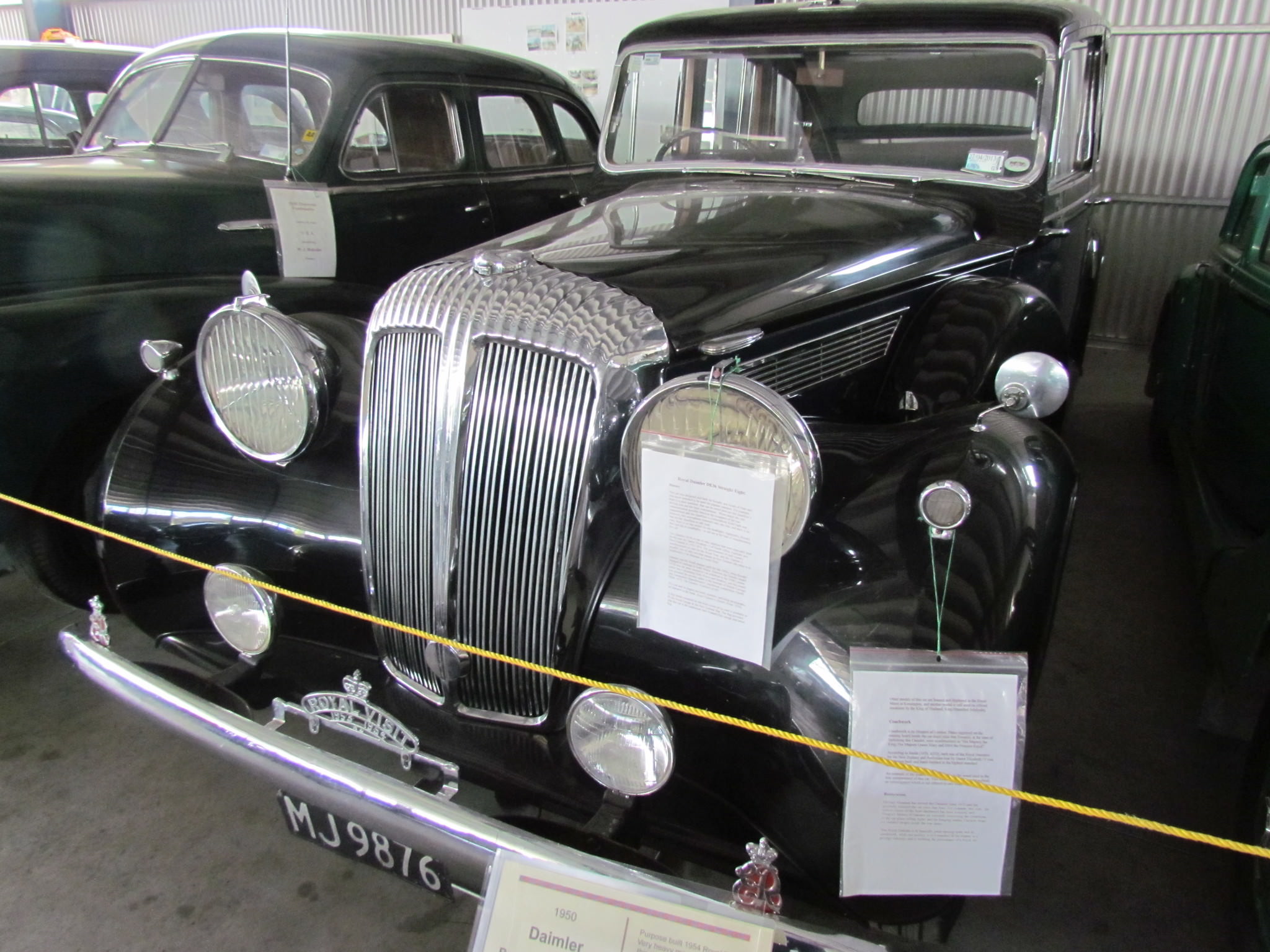 Aussies will like this, probably. A 1968 Holden Monaro GTS. This is a special edition, quite rare. Worth about as much as a new Ferrari, probably. 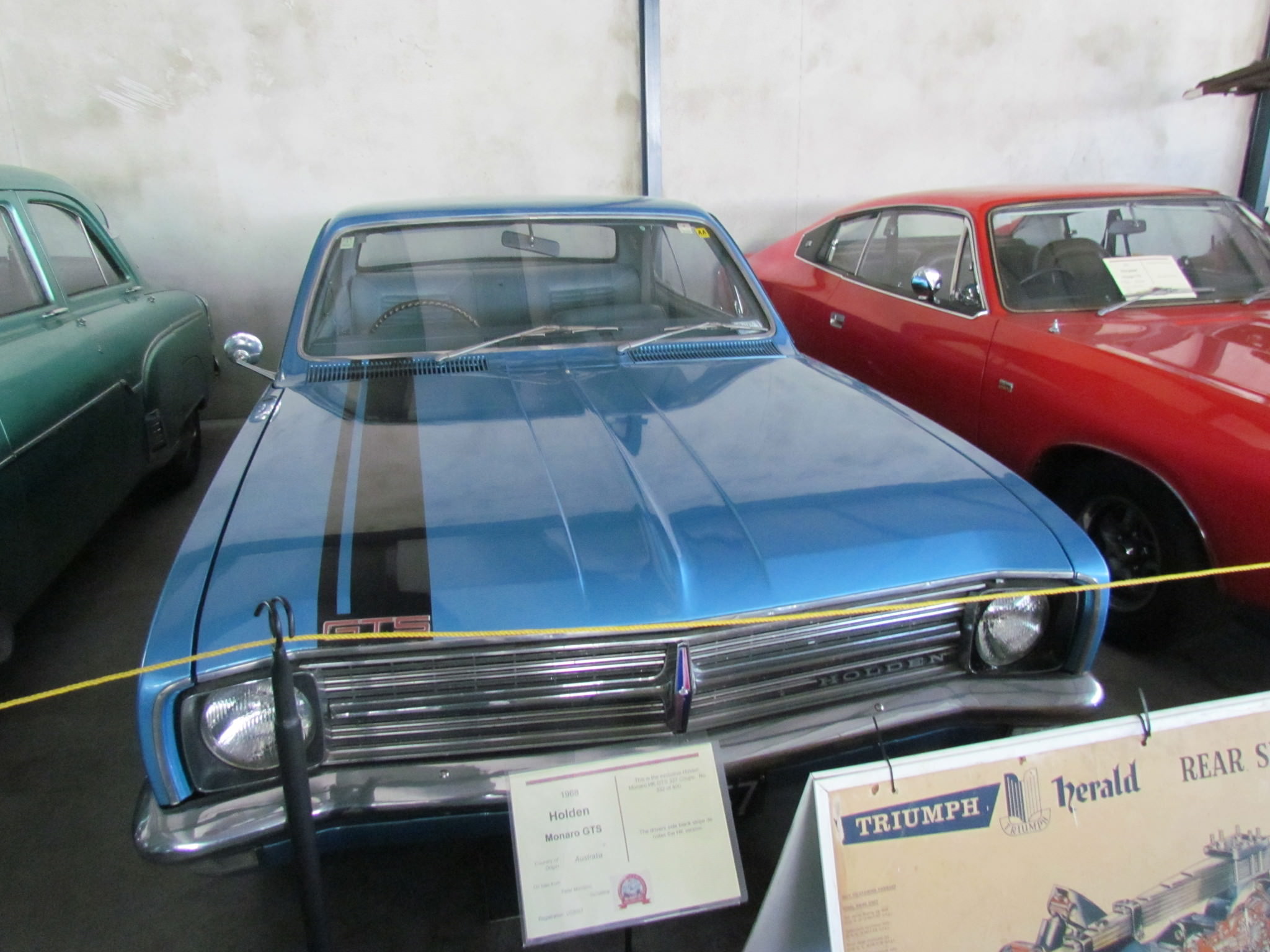 They could have used this when the Museum burned down years ago! Too soon? Sorry… 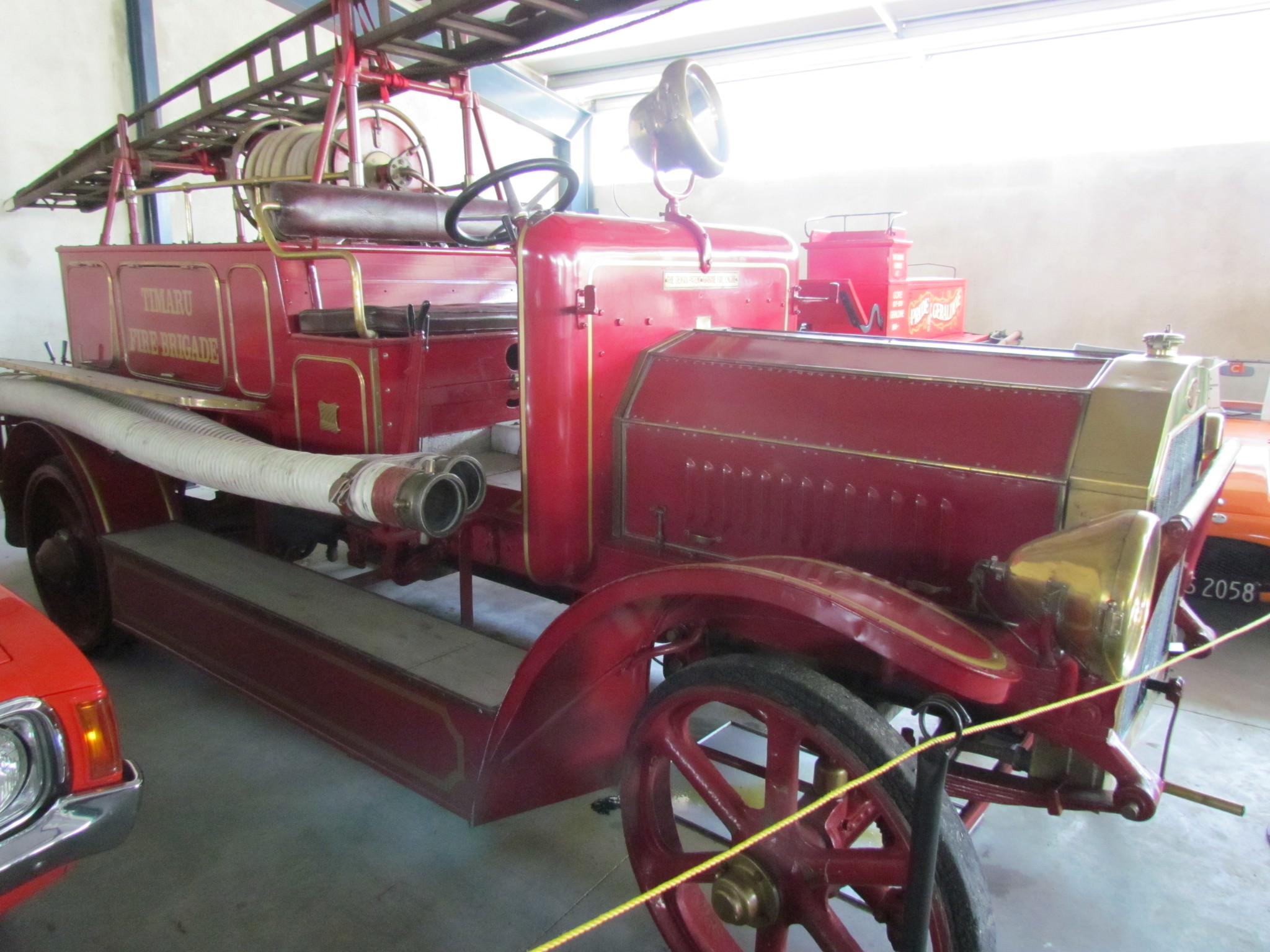 Another hall, some really nice 60’s British cars like this Vauxhall Cresta. These were pretty flash in the day, and were about as American as a British car got, I think. 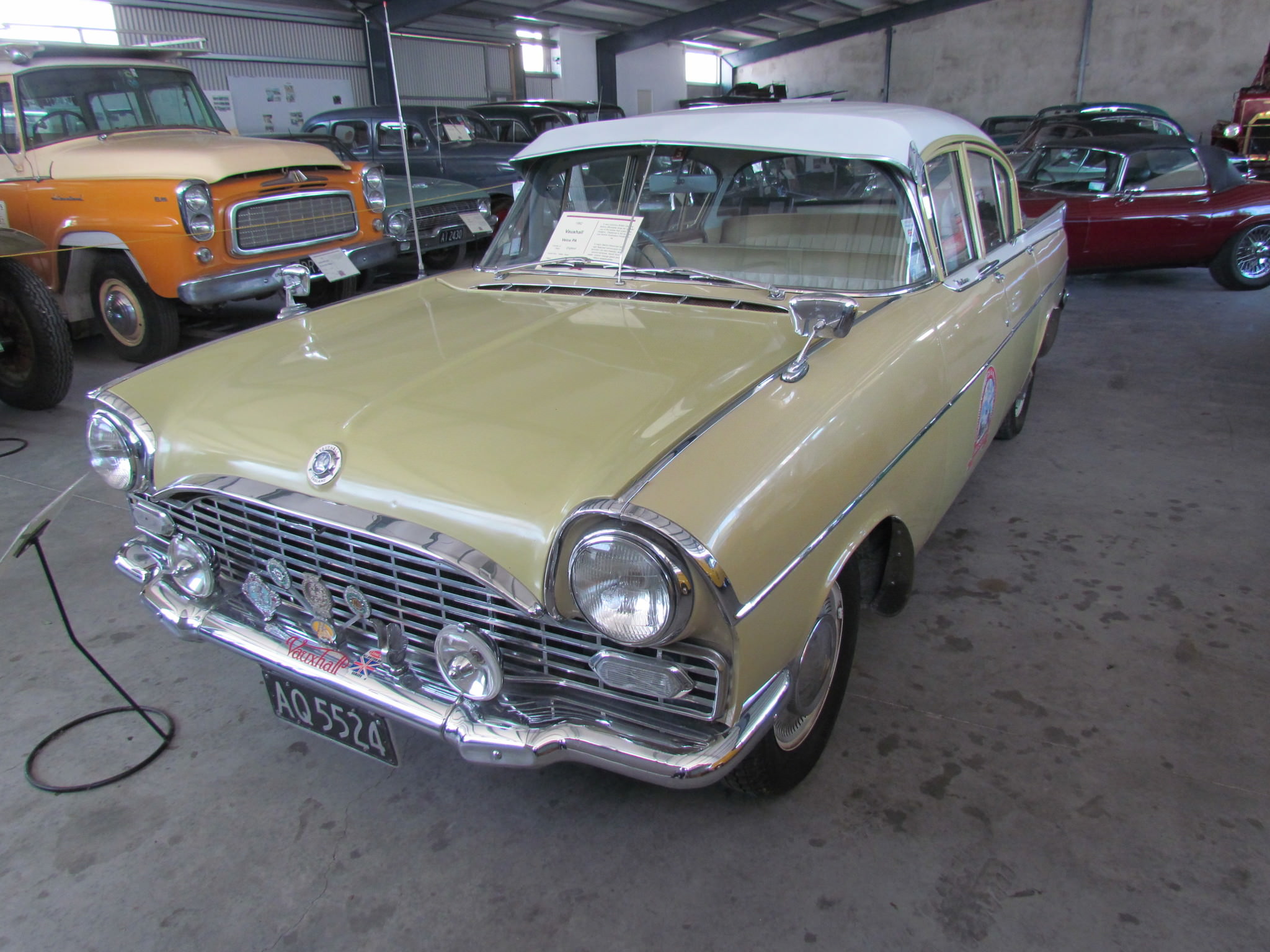 And of course, we have Jaaaaaaaaaaaags! This beautiful E-Type Roadster can park in my garage any day it likes! 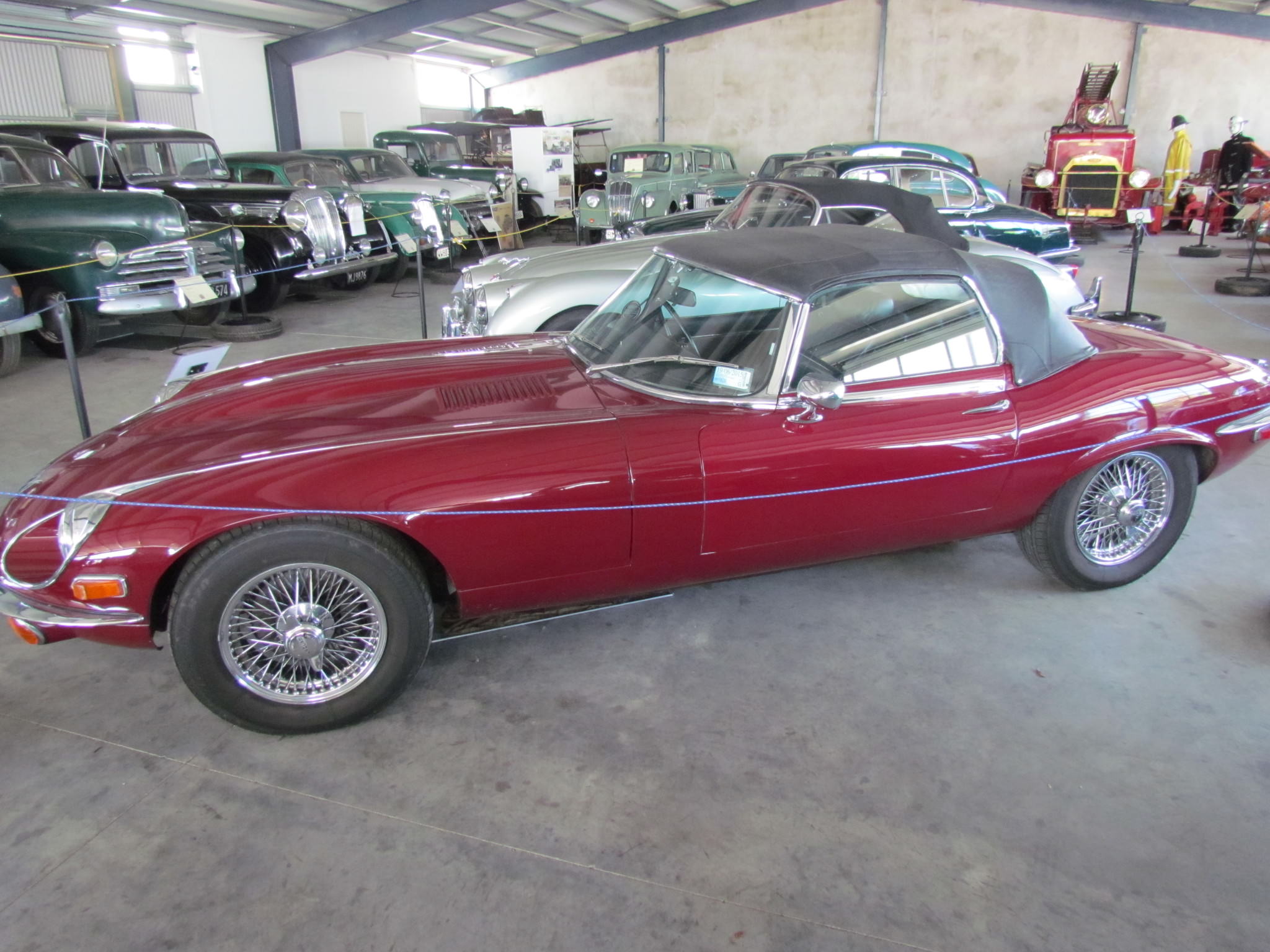 Here’s another Jaaaaaag, an XK150s which is just stunning. The 150 was the last of this body style before the E-Types arrived. 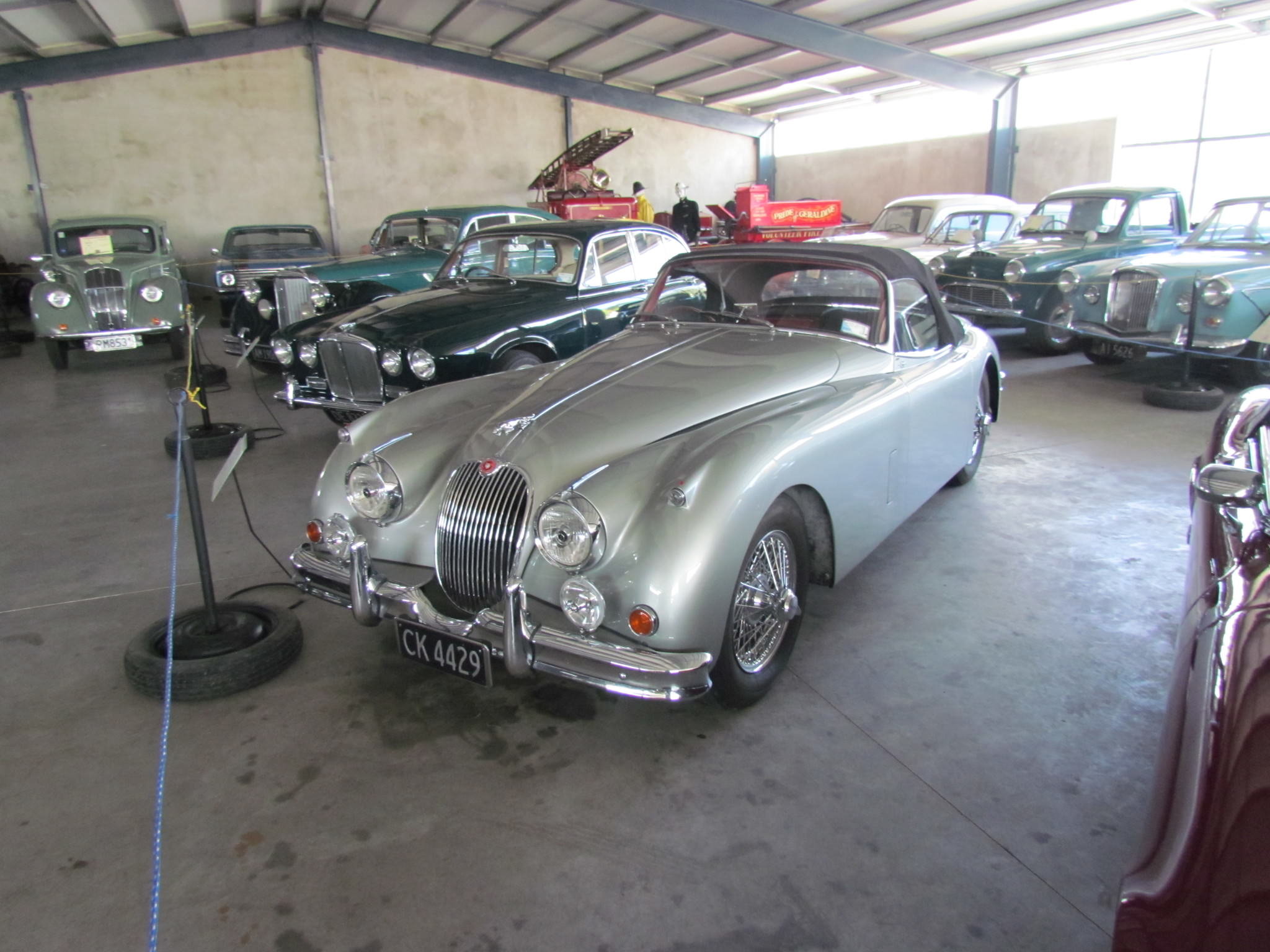 As usual, I have only shown a very small sample of what is on offer here at Geraldine. I found the Museum a breath of fresh air – no airs and graces, just loads and loads of great cars in a humble setting. I really loved that the cars are owned and cared for by locals and they chose to make them accessible to the public. If you’re ever driving around New Zealand (A holiday I HIGHLY recommend, btw) then I would suggest you schedule a couple of hours to pop into Geraldine and wander around the Museum – It’s Brilliant!