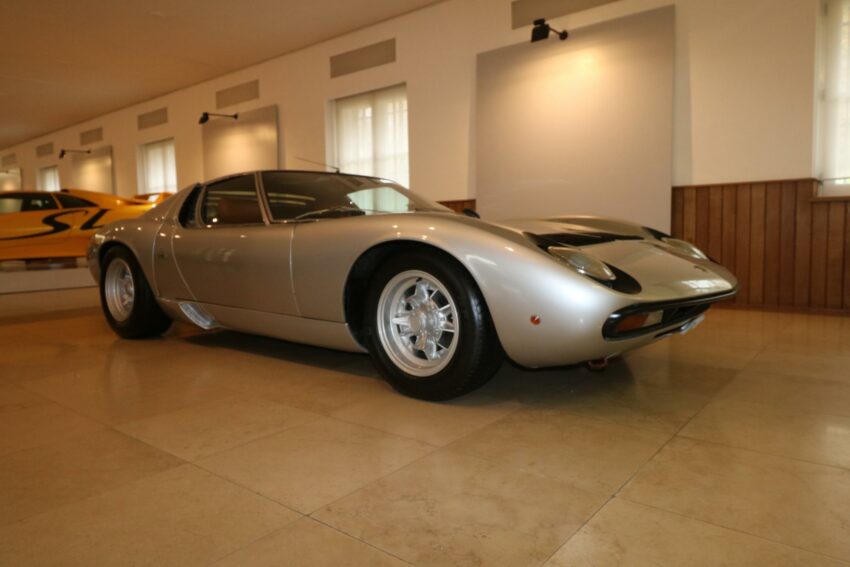 Originally we had planned to catch a fast train from Porto to Lisbon, but then I heard of a highly regarded Car Museum roughly halfway between the two, called Caramulo. Well, on the map it looked simple enough, but it appeared the only way to get there was by car (which should have rung a few alarm bells to start with!). Plans were changed, a car was booked, and we would instead take the whole day driving from Porto to Lisbon via Caramulo where we would stop for our museum visit.
Just getting our hands on the car was the first hurdle.. Europcar were incredibly inefficient, and the queue was enormous and moved slowly. After declining their kind offer of an old beatup Kia, we drove off in a new Fiat 500 (which was great fun!). The motorways in Portugal are great, but dotted with toll booths (which we later found cost us a total of 95 Euros!). Google Maps turned us off the motorway eventually, and the roads got progressively narrower and poorer, to where we were driving on goat tracks! We found the museum, tucked away in a small village way up in the mountains, and went in. The staff were completely uninterested, which was disappointing, but I was at least left alone to take pictures in what turned out to be a bit of an anti-climax. All in all, I wish we’d taken the train and had an extra afternoon in Lisbon! But I did like that little Fiat. And there were some nice exhibits, it’s a shame they weren’t displayed better.
More