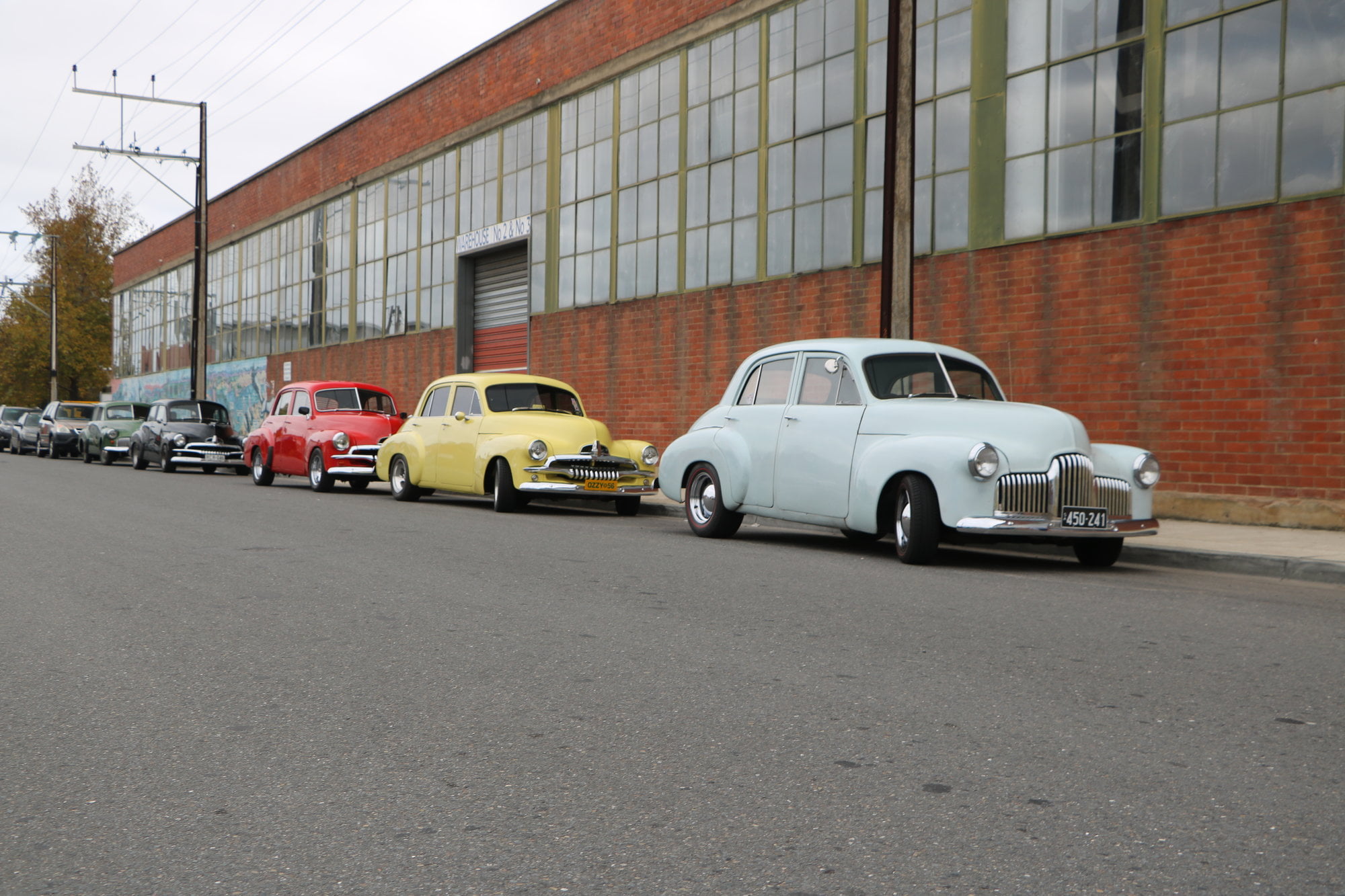 Holden cars were (until recently) built here in Adelaide, South Australia, and a very famous advertising jingle sang about 'Football, Meat Pies and Holden Cars' Here's a video of it!

There is also a very famous institution here in Adelaide called Vili’s Cafe de Wheels, where you can buy (and consume) really great meat pies and other food. This morning I went out for a coffee at Vili’s with my buddy Steve, and co-incidentally just after I arrived people started turning up in the very first model Holdens, the 48-215 (or FX) and it’s successor, the FJ. I had my DLSR in the car, so took advantage and some pictures, a few of which I have here for you today! First to arrive was this very original (apart from the paint, I think) 48-215. I had a quick chat with the owners, and the engine is the original 132cubic inch (about 2 litre) in-line 6. They called these a “Grey Motor” You guess why! 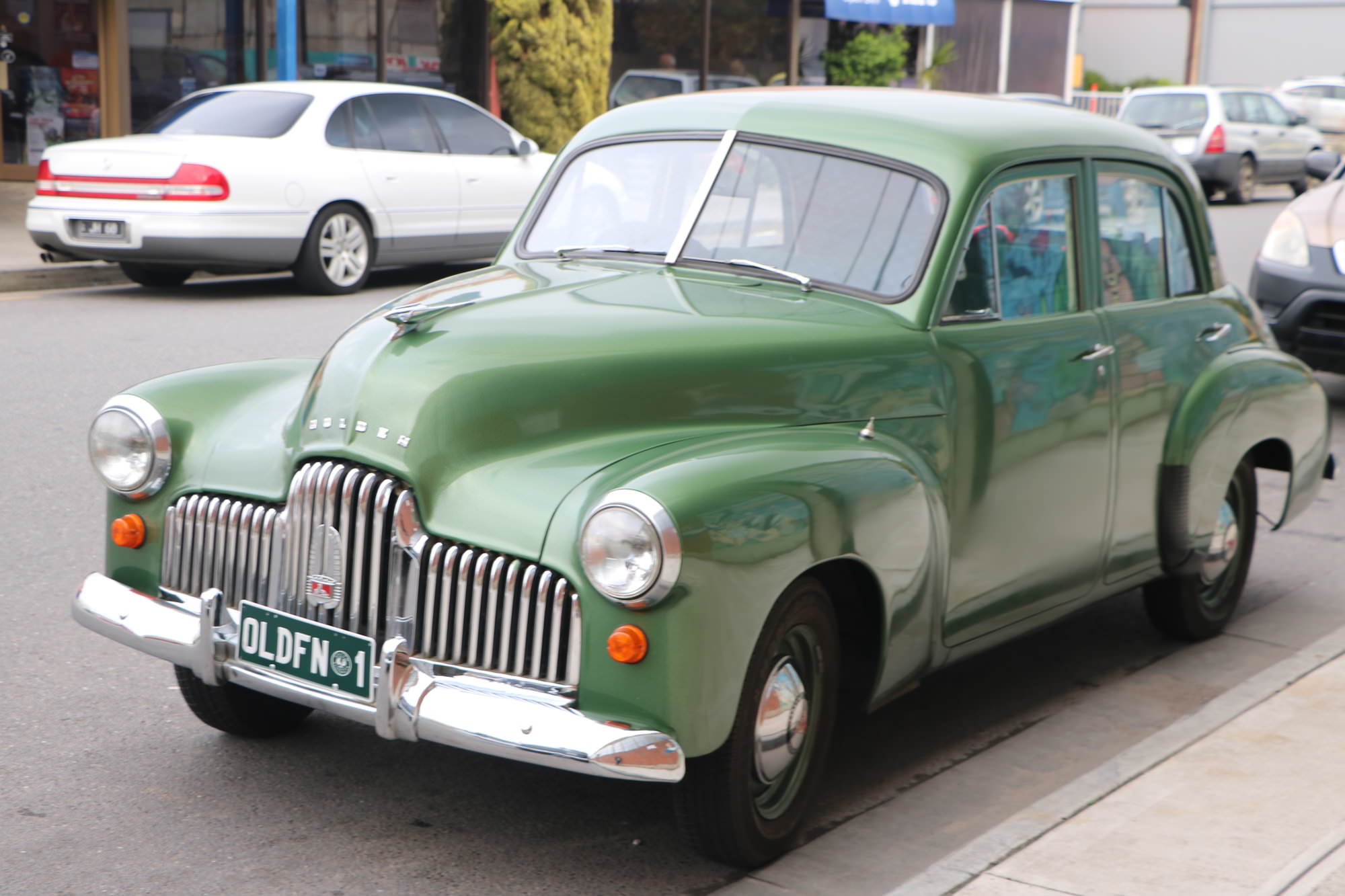 The most obvious difference between this 48-215s and an FJ is the Grill. Chromework is very nice on this car! 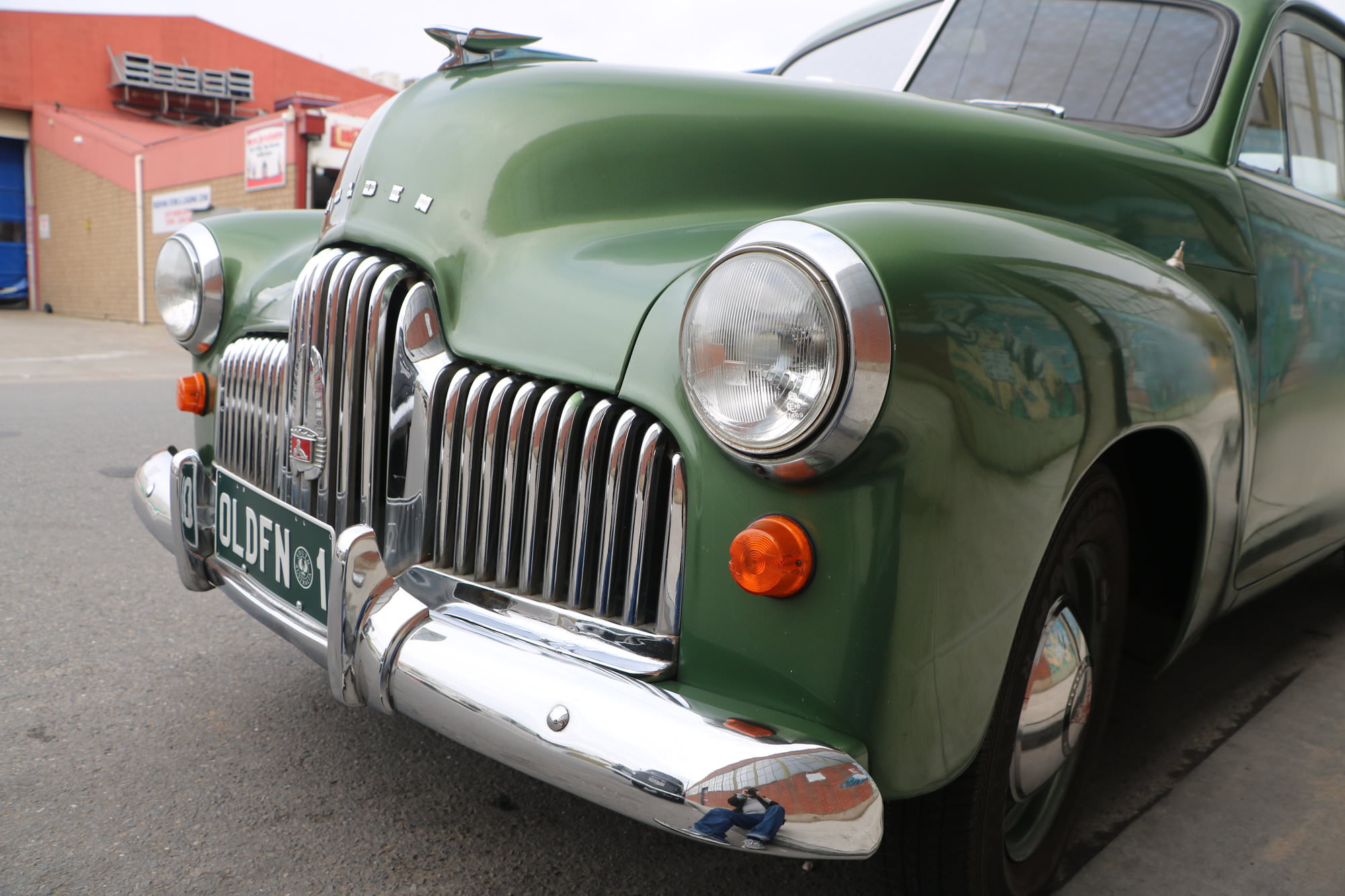 Just in front of the Green 48-215 was this very shiny Black FJ. Black and Chrome always looks great! 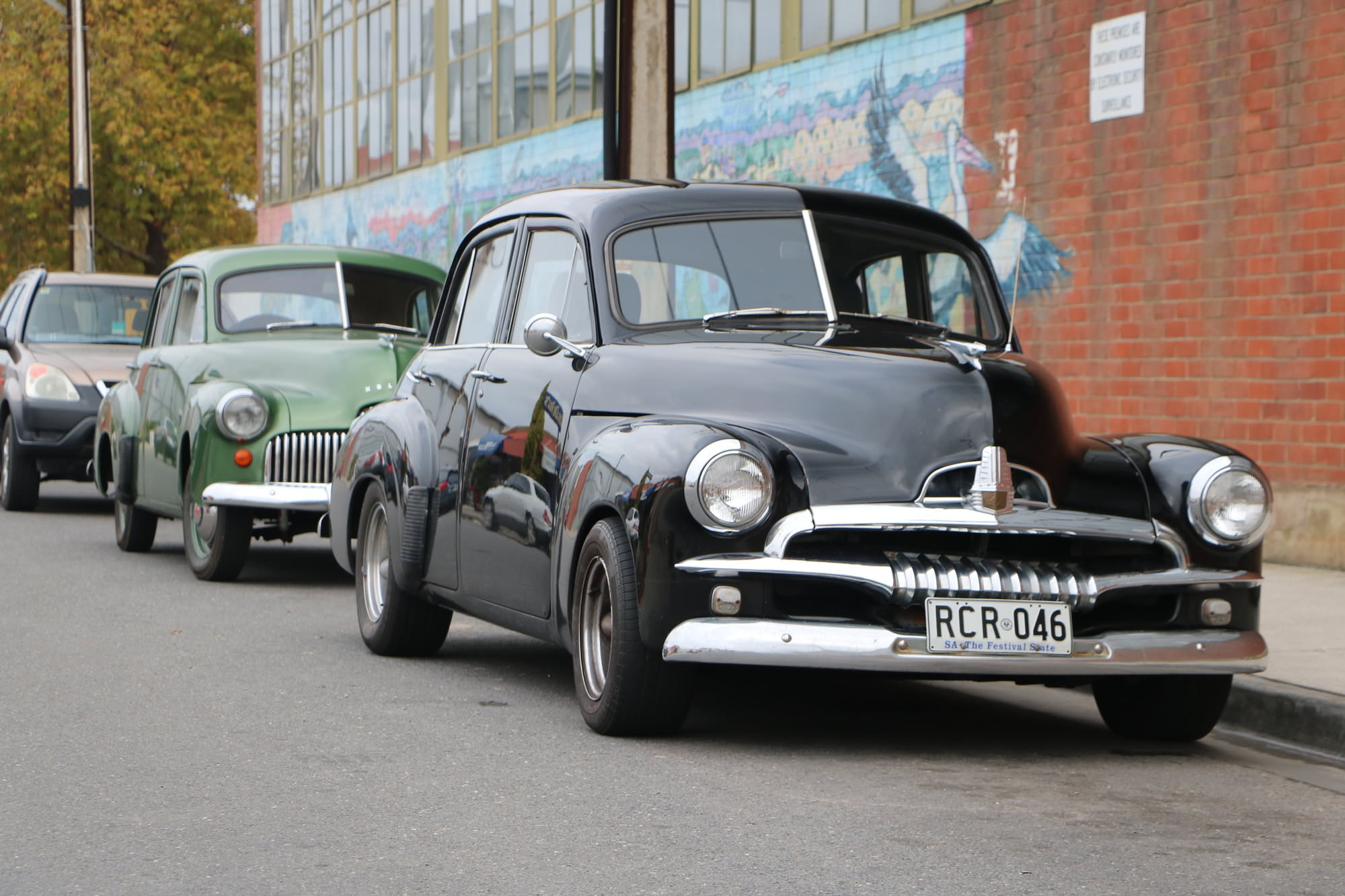 Closer inspection showed that this is probably an older restoration, but it still looked fantastic, and was beautifully prepared, like all of the cars. 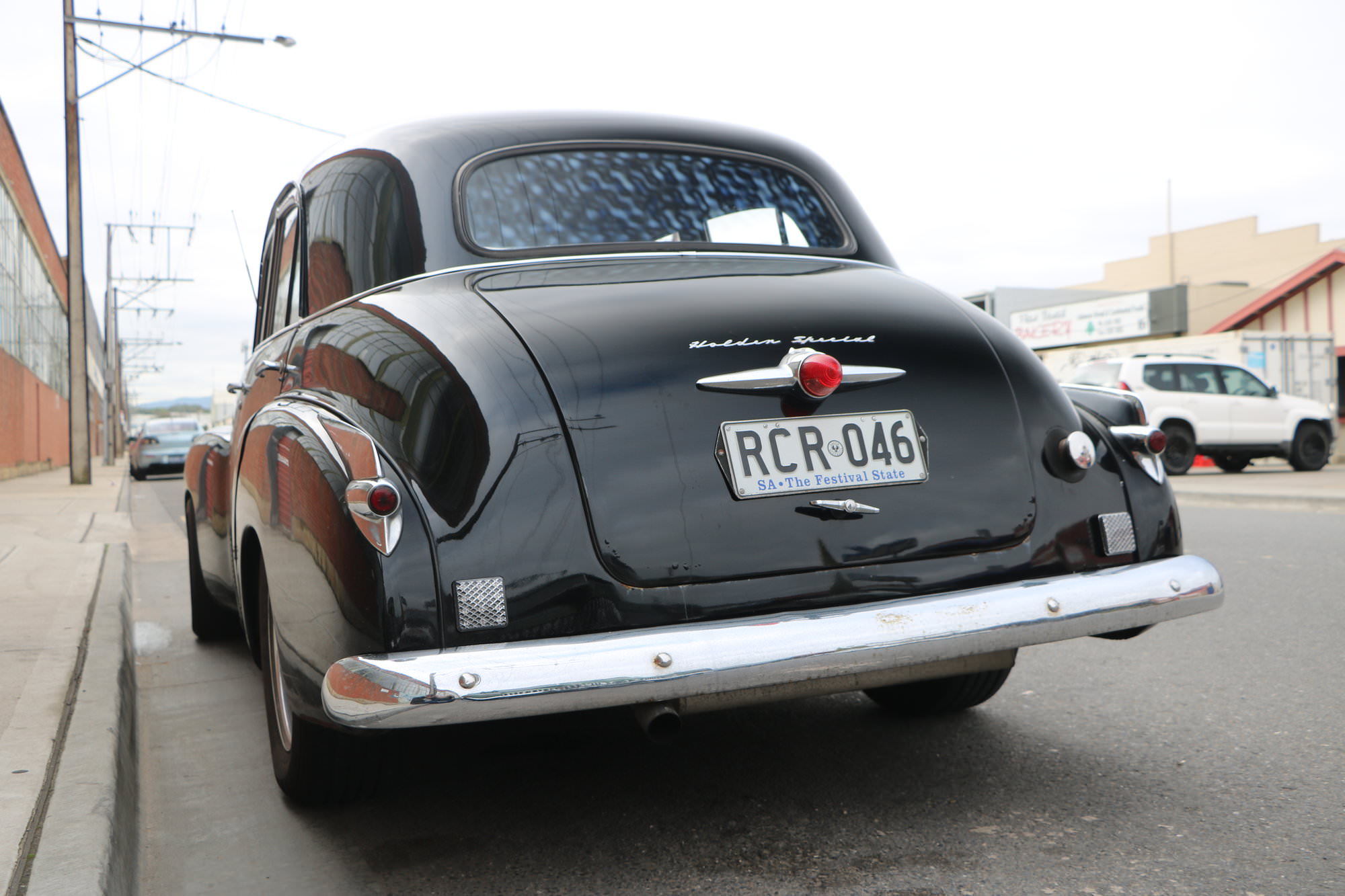 While I was taking some photos of the black car, this lovely yellow FJ rolled up and parked. Lowered, and smaller wheels give this car a great stance. Very nice! 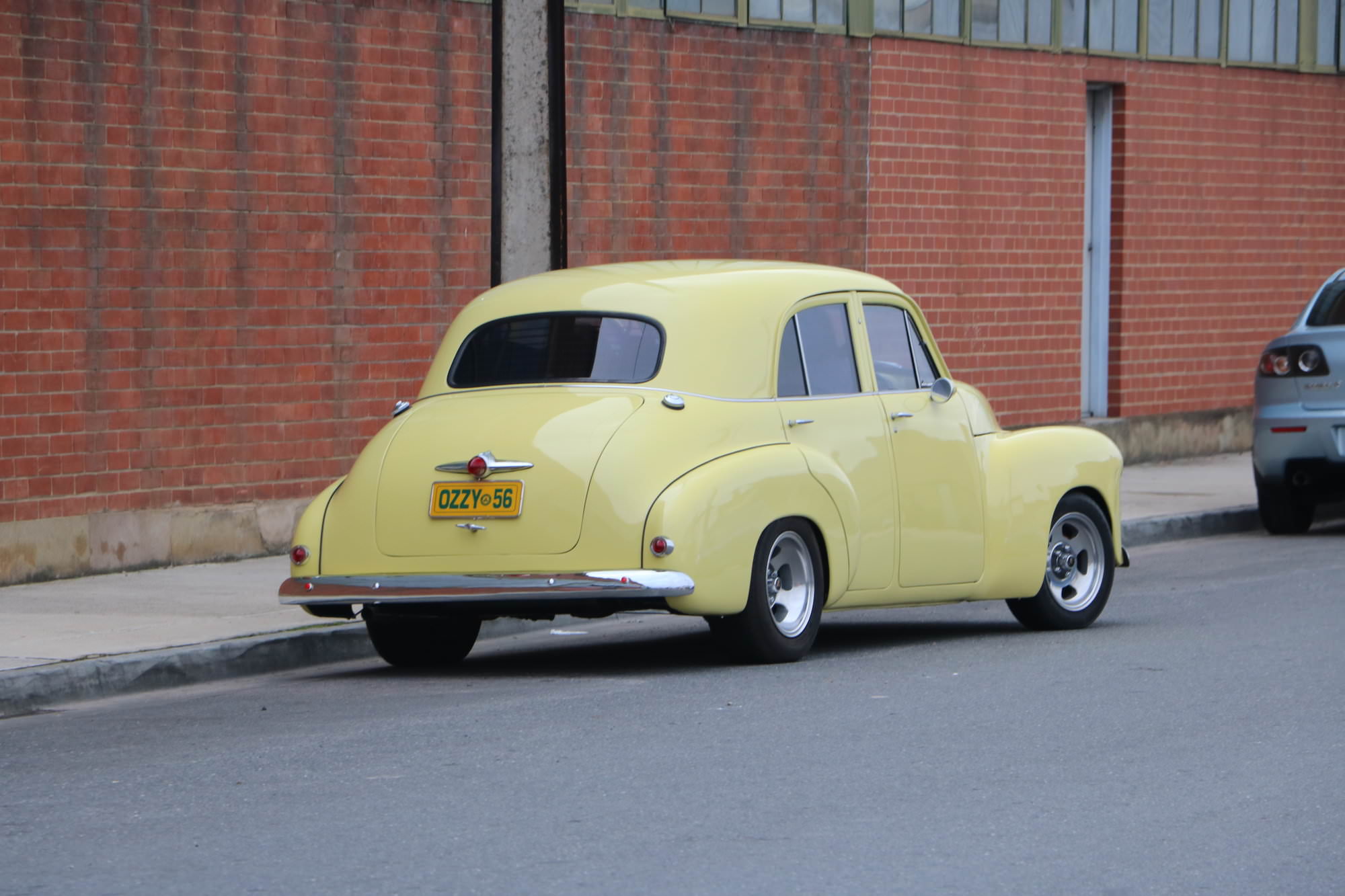 See the difference in the Grill? I think the FJ looks a bit more modern, but both versions suit the car pretty well I think. 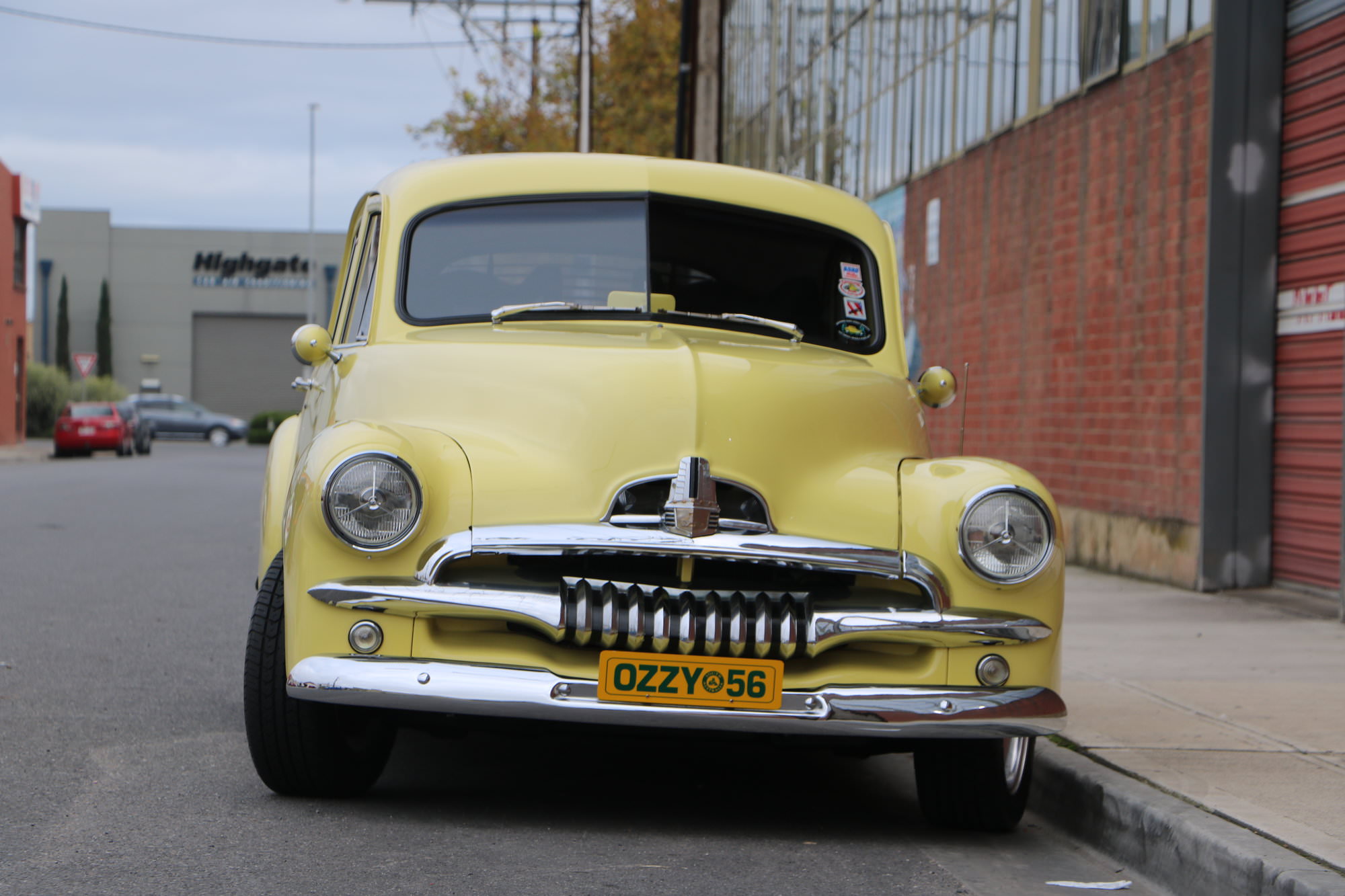 In our great Car Museum at Birdwood there is a video that runs through the testing that was done for these cars, including sending examples to the U.S. where Chev were so impressed that they considered replacing their locally built cars with them. 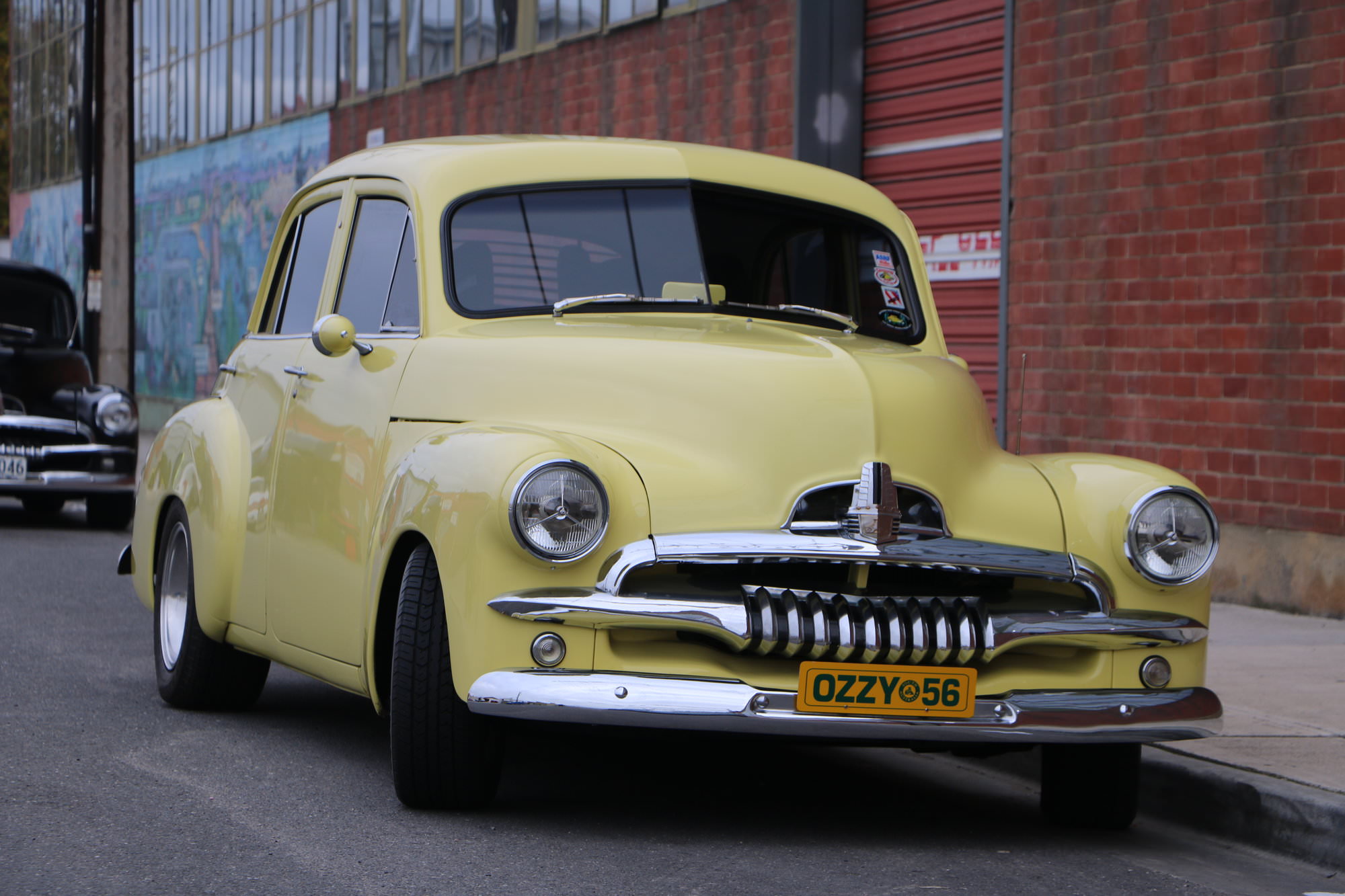 The next car to arrive was this Grey 48-215. Really straight car. The colour was an original one I believe, there used to be lots around painted like this. 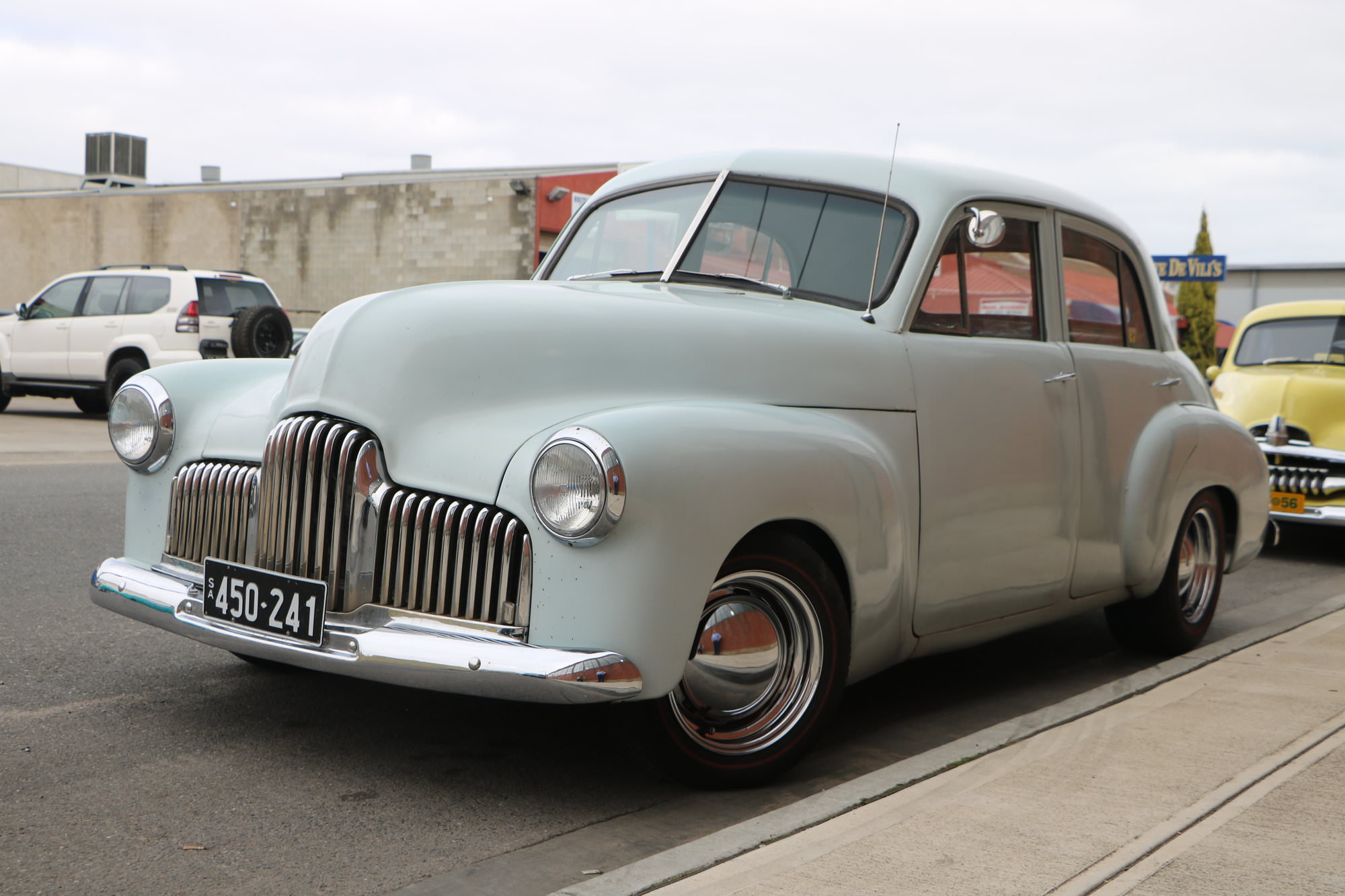 It doesn’t look very happy from this angle, does it? A wee bit sad? 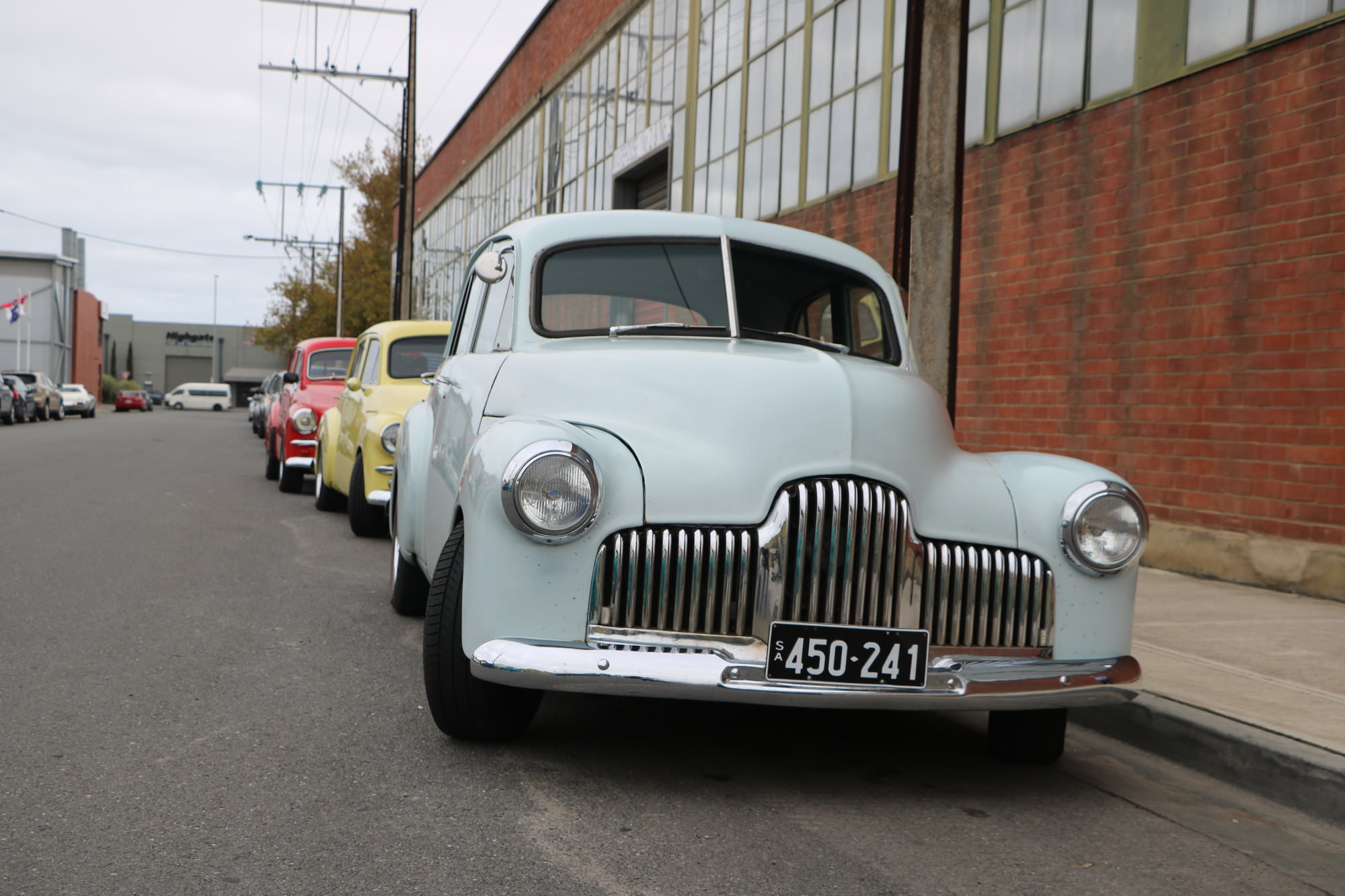 They’re arriving faster than I can photograph them! I really liked this 56 FJ. 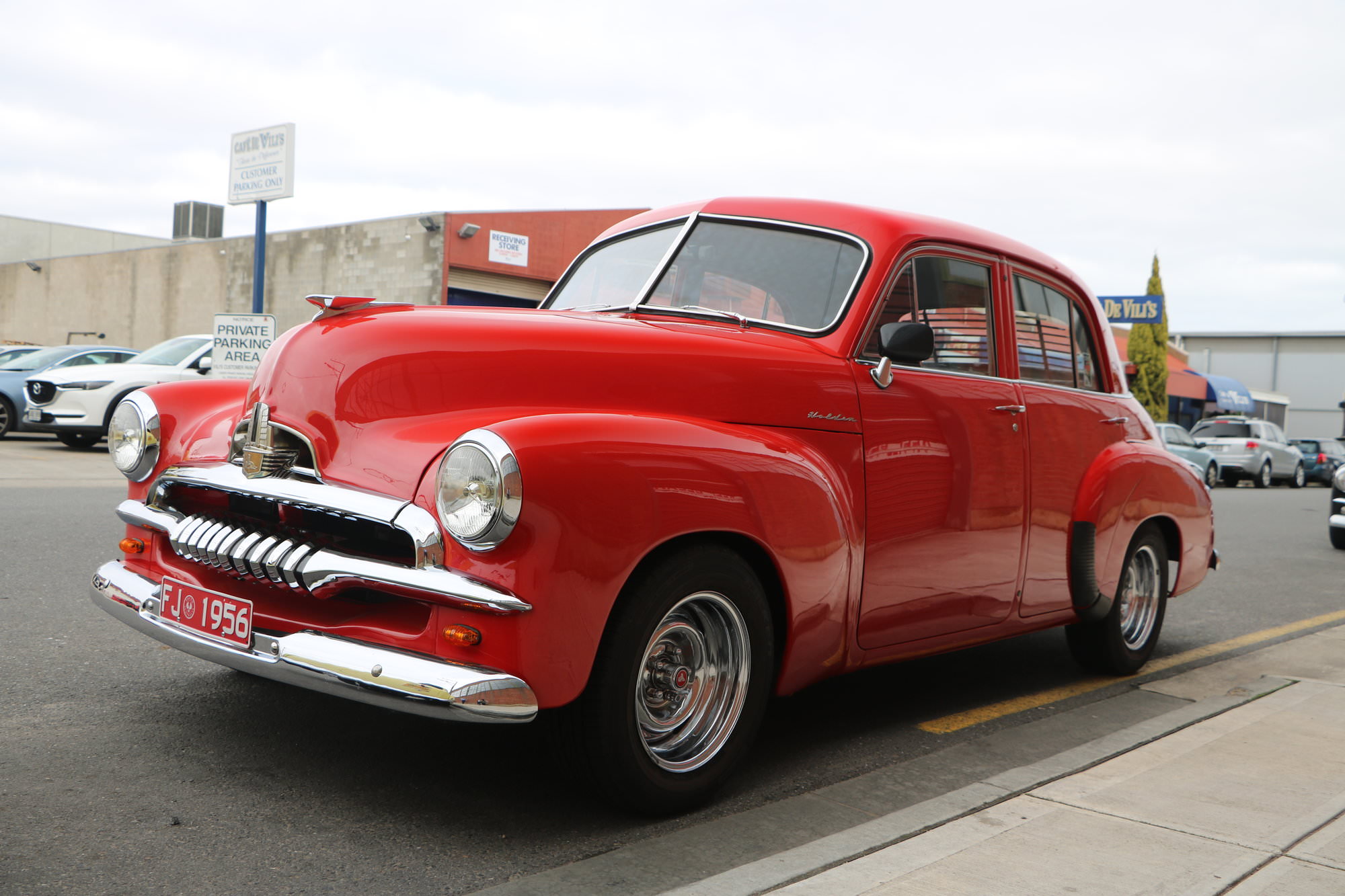 These interiors were functional, but boy, they look plain nowadays, don’t they? 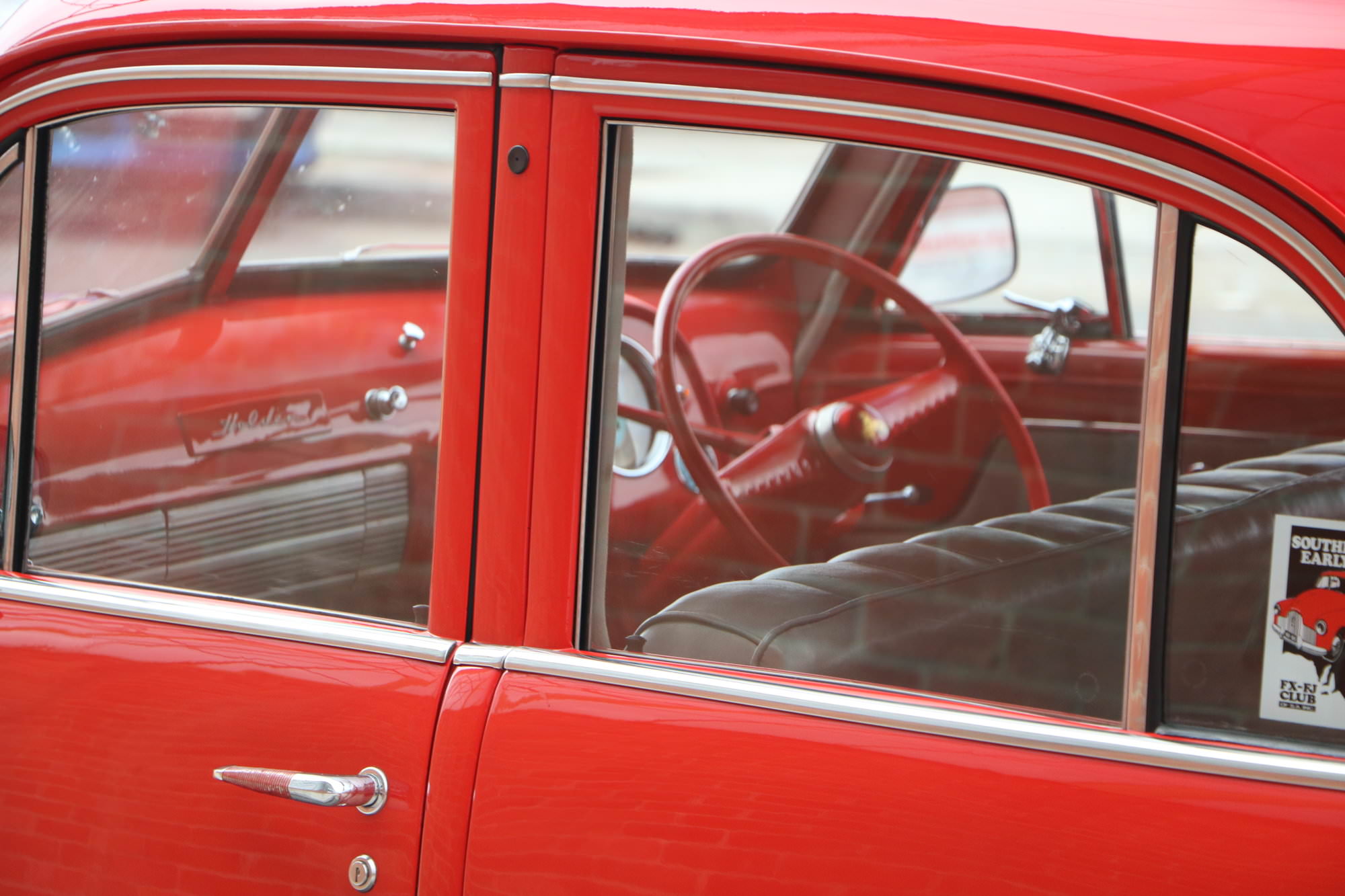 The old-school Chromies look fantastic, and really suit the car I think. 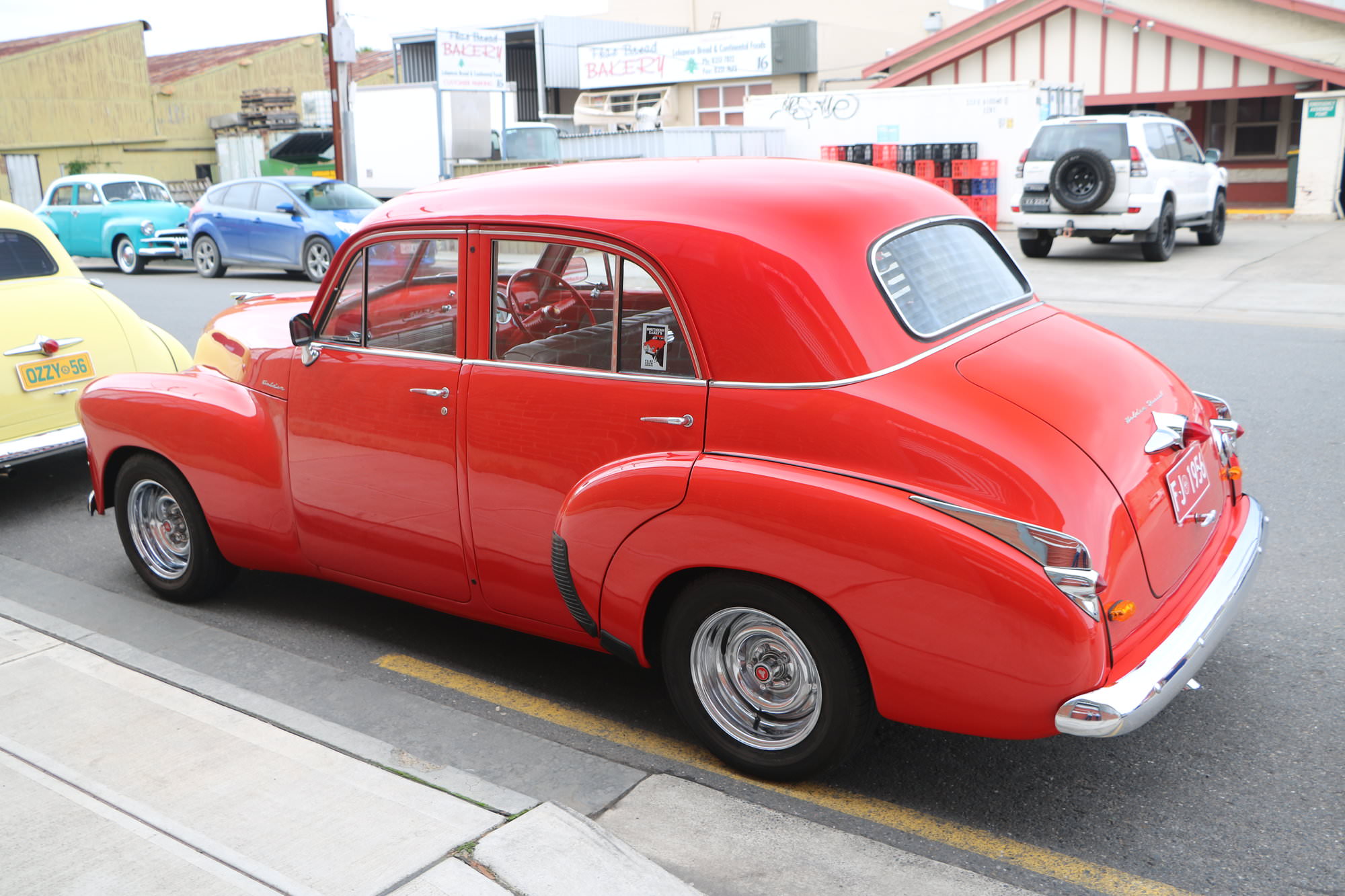 Parked on the other side of the road was this cool blue FJ! 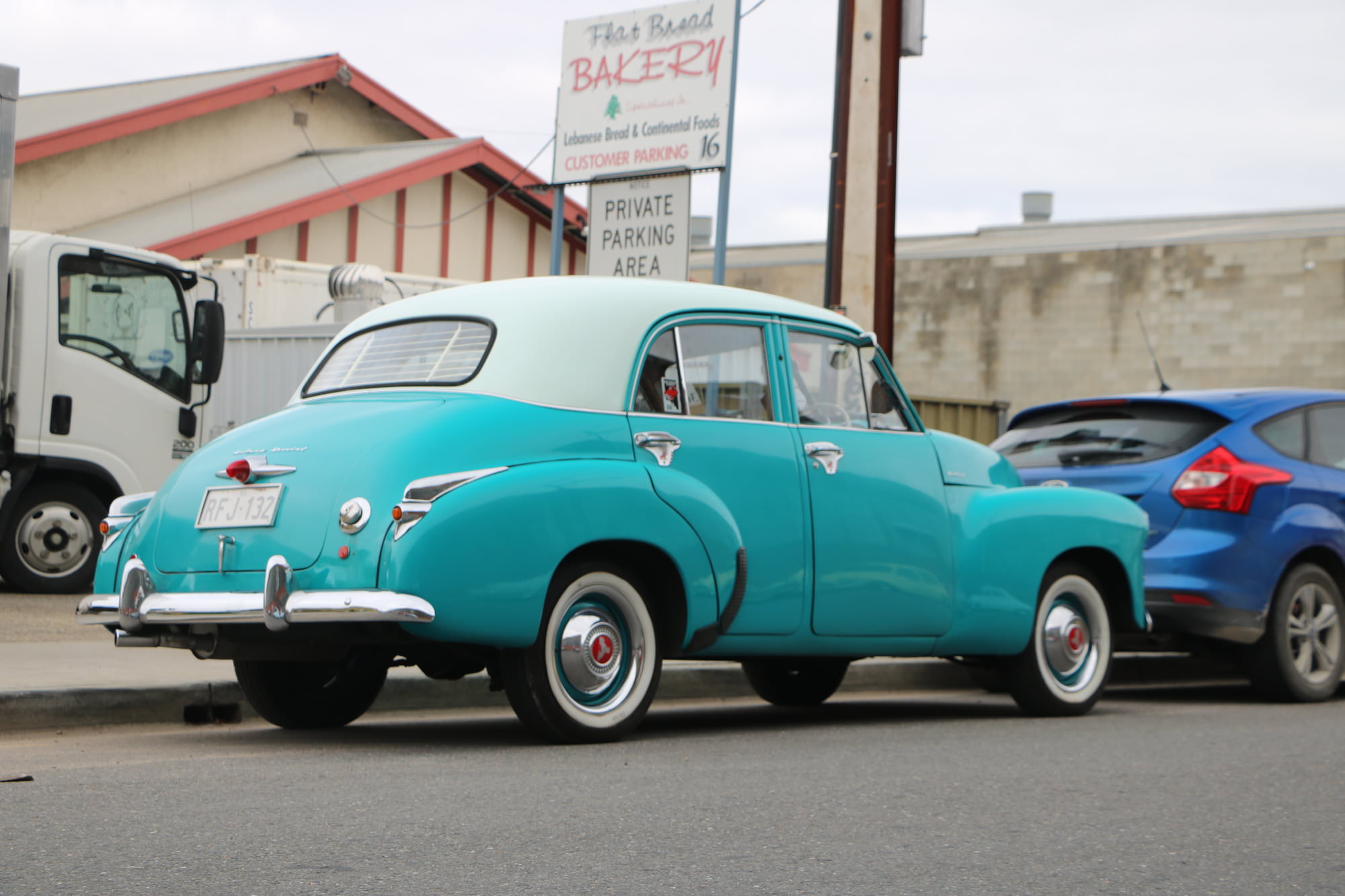 Super, super clean car – apart from a little bit of rust on the headlight cowels.. 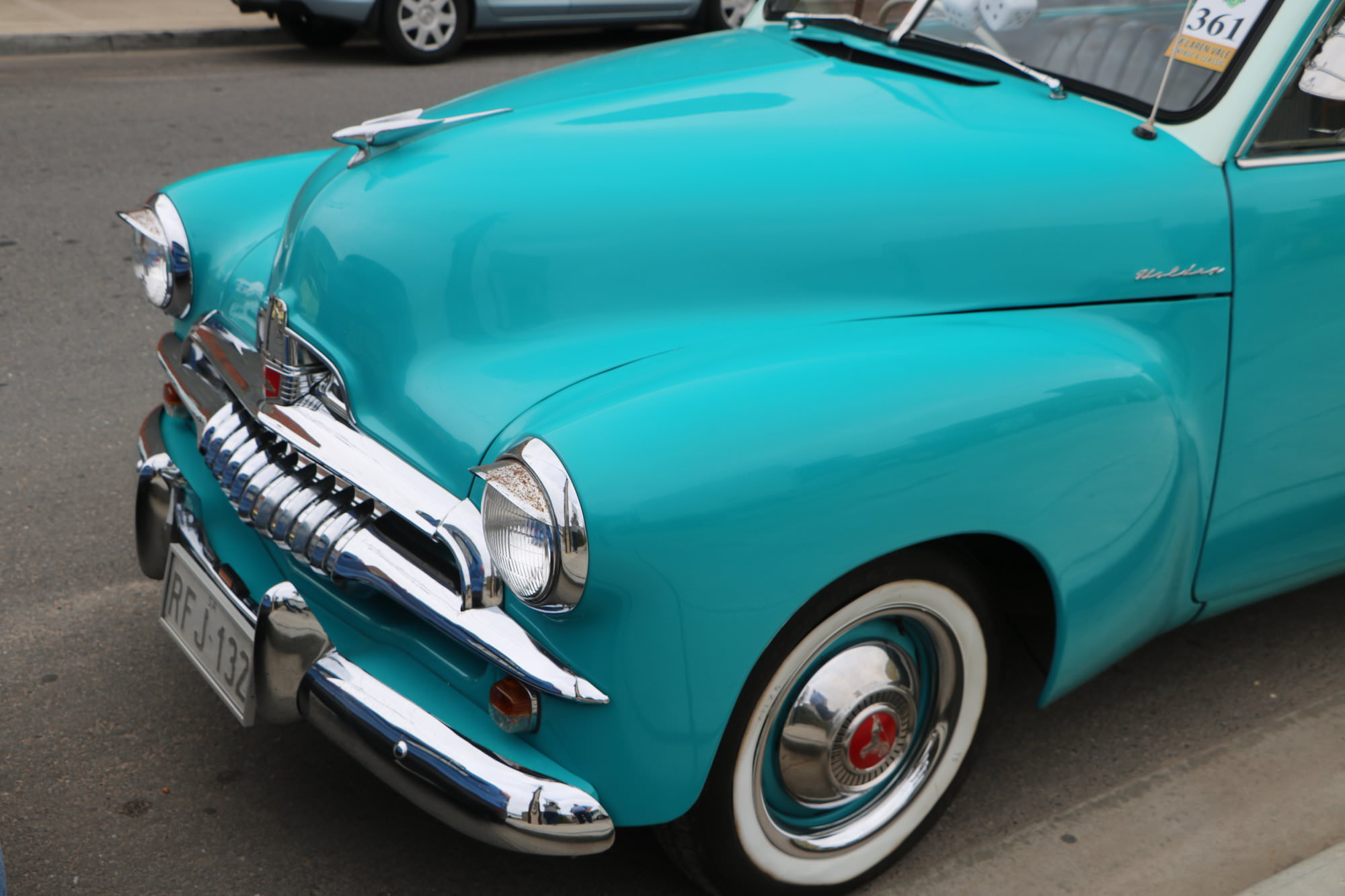 This FJ had every accessory known to man – including fluffy dice!! Loved it! 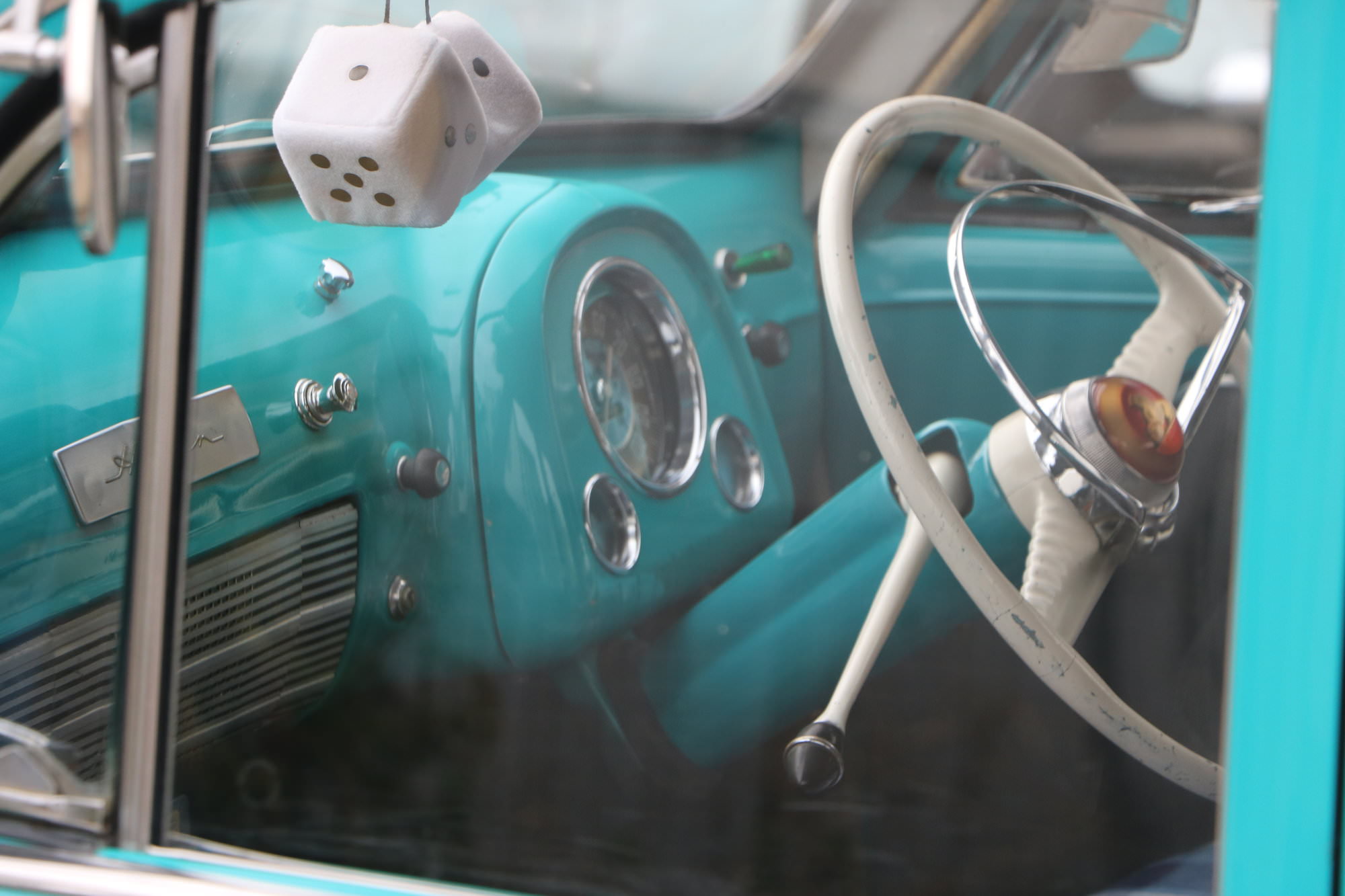 I hope you enjoyed a look at all the Old Holdens! You really don’t see many on the roads these days, so kudos to the owners who spent hours and hours polishing them and bringing them out! I’m sure you all enjoyed your breakfast in Vili’s!

There are more pictures HERE